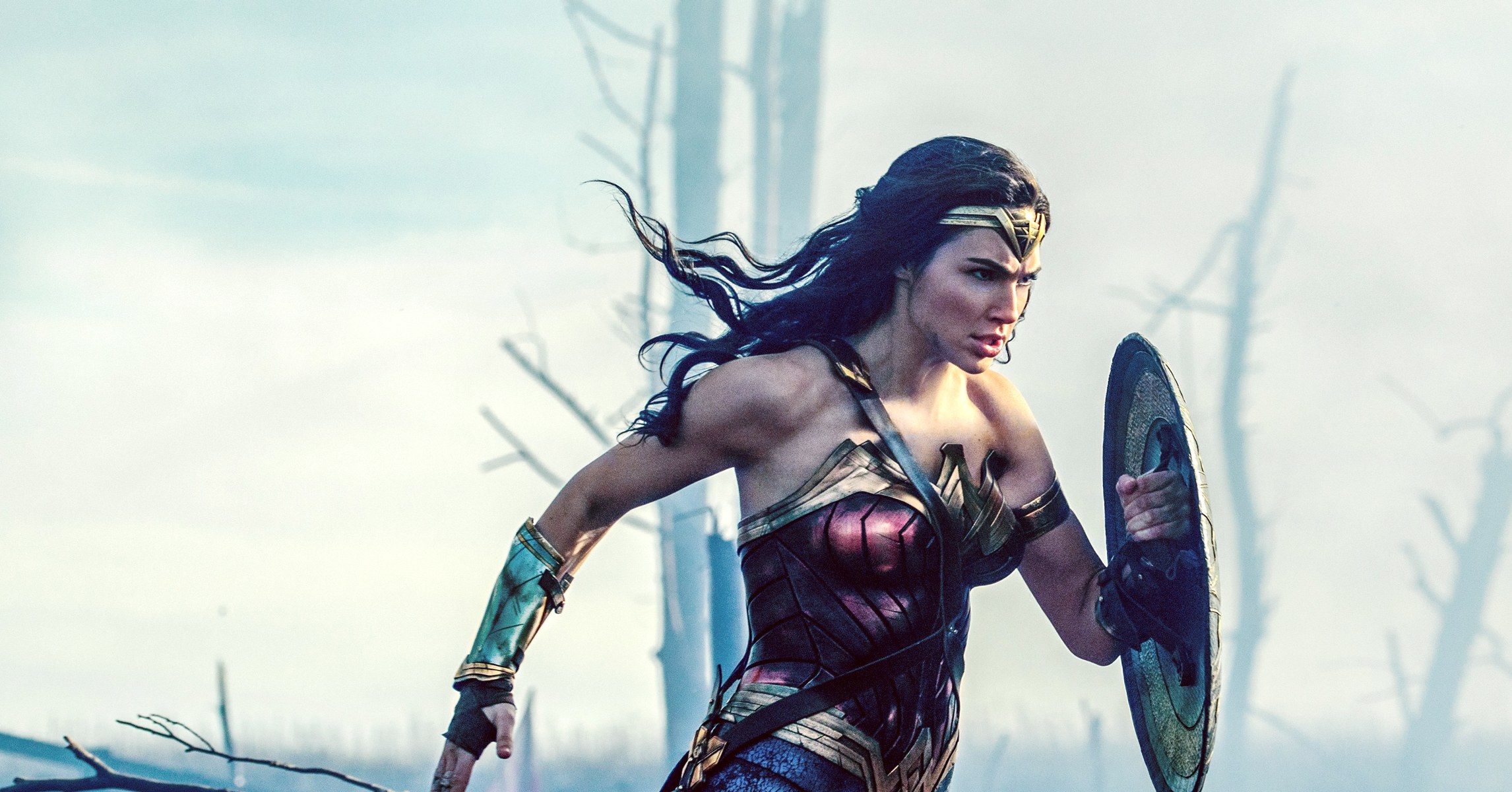 “I used to want to save the world, but I knew so little then.” So says Diana the Amazon in the opening of Wonder Woman, a movie that mixes the worlds of comic books, World War I, and ancient Greek myths.

Like her friend Bruce Wayne, Diana (the real name of Wonder Woman) discovers that superheroes cannot really save the world. There is too much world to be saved, and too many people who not only do not want saving but also happily contribute to its un-saving. Sure, supervillains are part of the latter group. But even when those supervillains are killed off, would war really end with seven billion humans still running around?

Diana (Gal Gadot) finds out that the answer is no, not a chance. But, on her way to realize this truth, she has much to learn. Her schoolrooms are the battlefields of World War I (WWI). As a superhero origin story, Wonder Woman features Diana crossing from the realm of the Amazons, the mythological island of Themyscira, into Western Europe circa 1918. Diana has been raised among the all-female Amazonians, trained by her aunt Antiope and beloved by her queen-mother Hippolyta. We are told, in a very neat animated sequence, that the Amazons were created by Zeus to influence men’s hearts and to restore peace. Yet the Greek god of war and Zeus’ son, Ares, runs amok in the world of men. Zeus leaves the Amazons a weapon, a “Godkiller,”  to end Ares. Eventually, it’s left up to Diana to find Ares and use the Godkiller against him, an action which she believes will end all human wars.

In a test of that belief, her world clashes with the actual “War to End All Wars,” which of course is World War I. A German plane manned by the American soldier and British spy, Steve Trevor (Chris Pine), crashes into the sea that surrounds Themyscira. Chasing him are WWI-era Germans, who shoot at the Amazons and are then defeated by them. Trevor tells the Amazons about the madness of WWI, and Diana gets excited. This war, horrific as it sounds, is her chance to find Ares and fix the world.

There are secrets about Diana that all the Amazons know except her. There’s also a question about whether Ares is actually influencing WWI or not, and whether he’s even real. Trevor the skeptical American scoffs at Ares’ presumed existence. How can a Greek god be real and alive? You might wonder why Trevor also does not seem phased by the fact that he landed magically on a mythological island filled with demi-goddess warriors, but never mind.

Once they pass into the real world, Trevor and Diana find a potential candidate for an embodied Ares. That would be the German General Ludendorff. Ludendorff acts more like a movie Nazi—I know that’s the wrong war, but the movie seems to want you to mix your film knowledge of Nazis up with the evil Germans here—and his wicked insanity includes killing all German officers who are negotiating peace with Britain, inhaling a special gas that makes him super-powerful, and teaming up with the evil German scientist Doctor Maru. Maru’s nickname is “Doctor Poison” and she wears a mask that would make Hannibal Lector jealous. Together, Ludendorff and Maru want to wreck the agreed-upon armistice between Britain and Germany, so that Germany can win the war.

These Nazis… um, excuse me, WWI-era Germans… are trying to launch the deadly poisonous gas at the Western Front, which would kill all German and British soldiers and nearby civilians. So, Diana and Trevor have a conundrum: stop Ludendorff himself, or stop the manufacturing of the poison gas.

Here is where Diana believes that she can save the world. Maybe if Ludendorff, who might be Ares, is killed with the Godkiller, the war will end instantly. Or maybe, as Trevor thinks, getting rid of Ludendorff is irrelevant because wars are more about espionage, military-industrial complexes, and thousands of ordinary soldiers just following orders to destroy stuff and kill the enemy. In other words, who should we blame for war: the figurehead, or the millions of people who enable that figurehead? Diana will find out.

The movie’s discussion about the potential for evil in all humans, not just supervillains, is a welcome choice, especially when coupled with the Wonder-Woman aesthetic. While she comes from an island surrounded by clear blue sea, the majority of the film features grimy blacks and browns. Diana stands out in them, especially in her red-blue-gold costume, but the more she moves through the world of humans, the more she understands that she cannot colorize it, at least not much of it at any one time. Even her brilliant golden lasso, which forces those it captures to tell the truth, only illuminates a tiny slice of a dark world.

My vision of Wonder Woman, shaped mostly by the 1970s TV show with Lynda Carter, is that of a sleek feminine hero who couldn’t last one second against Batman, the Incredible Hulk, or any other TV-show superhero of that era. Gadot in this Wonder Woman changes that vision. Diana earns her place in the Justice League, especially amongst the more jaded of the DC Comics superheroes. She combines feminine beauty and elegant athleticism with the awesome power of a Greek goddess who can assault a German trench all by herself. Her attack on a German sniper holed up in a church tower is especially impressive. Contrasting nicely with Gadot is Pine, who brings a lot of his Captain-Kirk schtick to this movie, including in scenes where he must explain to a naïve Diana what men actually are (she does not really know, of course) and what kind of dress for women is appropriate in London. Hint: not shorts that short.

On the other hand, the movie runs twenty minutes too long, with several scenes that drag on, and the melodrama is much too much for those of us who still have some delicacy. I could use a mellower ending to a superhero movie every now and then. Something where the speakers don’t need to be cranked to “10” and massive explosions don’t need to happen every thirty seconds. Alas, Wonder Woman must make her mark by blowing up nearly everything in sight. But it’s not all her fault; as usual, movie Germans are to blame.

By the end, Diana knows that she cannot save the world, though she can try to love those that she can help. I expect that she will team with Batman soon, as they have much in common now. They are both world-weary, good-looking, and single. In Wonder Woman, the two even exchange notes and emails. Perhaps, when Diana concludes the movie by telling us that “love can save the world,” she might have a certain someone in mind?