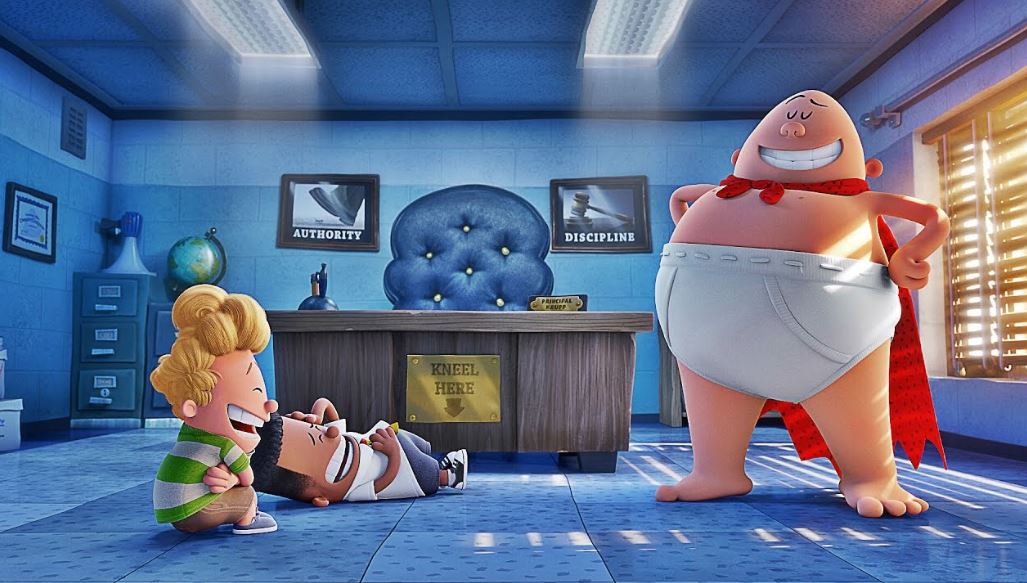 Pretty Good Movies for Kids that IMDB Gets Wrong

By Josh MatthewsJuly 17, 2019No Comments

Let’s face it: many people today use aggregate ratings from sites like IMDB and Rotten Tomatoes.  These sites reduce all complex opinions into numbers, and then they present those numbers as truthful judgments.  This method of evaluating movies sucks all of the nuance out of movie-watching and the art of criticism. In effect, it reduces intricate creations, which took years and thousands of people to make, into one number.

Now, I do think that often these numbers are semi-accurate, especially with the movies rated with very low numbers (i.e., under 5.0/10), but sometimes the ratings are just wrong.

This is especially true with children’s movies, which are judged unfairly by this number-system. (E.g., a movie with a 1000 enthusiasts, but with 2000 who hate it, is going to suffer, and yet with that many enthusiasts, it is probably an intriguing movie.)

There are plenty of pretty good movies for entire families that, I’m guessing, a lot of people have ignored because of their low numbers on IMDB. Here’s my list of underrated children’s movies and why I think they deserve some attention.  My cutoff is any movie above a 7.0 on IMDB. Only movies under 6.9, which is a bad rating, are mentioned here.

Although this movie isn’t that good by any means, it deserves better than a pathetic 6.1. It’s about cavemen who play soccer, and it showcases plenty of goofy scenarios and typical Aardman-studio double-entendres. This is better than the average kids’ movie, less insane and manic, and more decent.

Released between the second and third movies in the “Despicable Me” series, none of which I care for at all, “Minions” is a cuter and more humane spinoff than the franchise it’s a part of. As a male adult, I at least find it tolerable, thanks to the Minions’ funny vocalizations. They are the star of the show here, as opposed to the villain Gru in “Despicable Me,” a welcome change that could be explored in a sequel.

An expanded adaptation of the Dr. Seuss book, this might be the best of the Seussian adaptations, with Jim Carrey as the voice of the elephant and Steve Carell voicing the mayor of Whoville. Pleasant, harmless, colorful, and enjoyable.

Created in a documentary-style, “Surf’s Up” is even a slight mockumentary about surfing birds, especially penguins. My kids would choose this frequently if we let them, and I have found this somewhat humorous, though be careful here with younger viewers.

The forgotten movie by Aardman Studios, I wasn’t even aware of it until several years after it was initially released in 2012. This movie defines “pretty good” for me, since it has plenty of imperfections but remains watchable and sometimes funny. It has probably the most bizarre depiction of Queen Victoria that any movie will ever come up with.

I’m at a loss for why this one is so low, at 6.3, when there are abominable, terrible, no-good, gross and obsence movies in the 7s. “Boss Baby” captures pretty well a younger boy’s delusion about what it’s like to have a rival, a new baby brother who seems to be getting all the attention. Alec Baldwin helps carry this as the voice of the Boss Baby.

It’s understandable if people are rating this so low because it’s creepy in the opening. Expect that from Henry Selick, who nevertheless is the master of stop-motion animation. Yet when this movie transitions from live-action to stop-motion, it is just glorious to look at.

A nutty movie that combines the spy-action thriller with the screwball comedy. There are so many adult jokes, none of them perverted, that will fly over the heads of your kids, along with plenty of simply great-looking shots. Dave the Octopus, voiced by John Malkovich, is among the most memorable cartoon-movie villains of this century.

Imagine if seven-year-olds could make a movie. It would probably involve underwear and bathroom humor, which is exactly what happens in Captain Underpants. The genius of this movie resides in the question of the power of delusion: the two young boys are able to hypnotize their principle into becoming an idiotic superhero, with plenty of intriguing moral consequences that follow that power. This premise is wrapped up in the presentation of the boys as the movie’s creators. You don’t want to watch this if you think your kids are going to imitate the bathroom humor, but this movie is really creative and thoughtful, in spite of the appearance of the largest toilet in movie history.

The sequel to the cute, Oscar-nominated movie “Babe,” I think this is most underrated movie on IMDB’s entire site. In the year it came out, critics Roger Ebert and Gene Siskel put it in the top-ten of the year’s best movies, with Siskel ranking it #1! Why? It’s filled with wondrous images, including the vast cityscape pictured above, and one of the most memorable houses in the movies. You’ll encounter a neurotic duck, an orangatuan named Theolonious, and among the most whimsical voiceover narrators in the movies. But overall, this is a highly philosophical movie about, in part, the differences between city and country and what is true empathy and charity. It might not be a great movie for children alone, but many adults who are willing to think about what this piece of art is doing will really appreciate it.