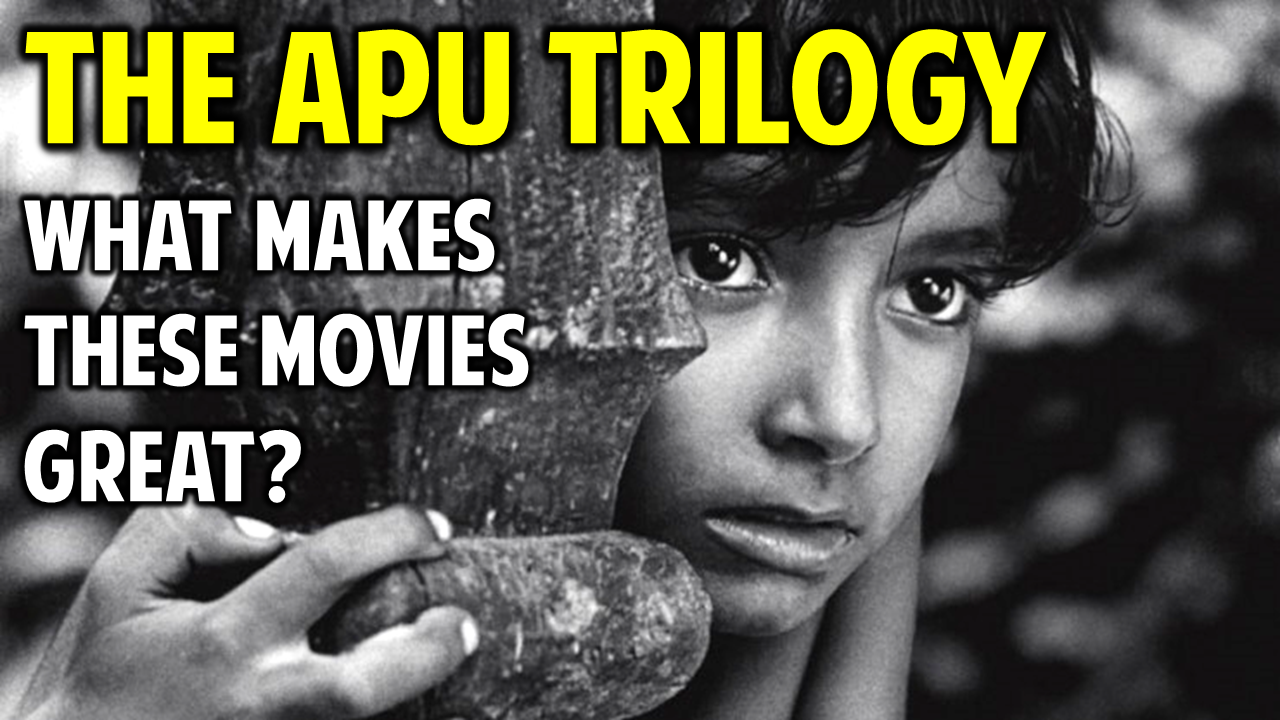 By Josh MatthewsFebruary 26, 2020No Comments

In this 10th episode of my “What Makes This Movie Great?” series, we’re going to look at a trilogy of films that are world-renowned as some of the most beautiful and memorable to ever be put on film: Satyajit Ray’s “Apu Trilogy”.

The video will introduce those who’ve never seen the movies to them. I’ll explain why they are great, why they still matter, and how to watch them. As for the last point, although “Pather Panchali,” which is the first in the trilogy, is usually singled out as a great movie by itself, I believe that you should watch all three movies. Those include the last two, Aparajito and Apur Sansur (aka The World of Apu).

I’ll discuss what these movies are about, in part — urbanization of the Third World, how industry and technology change society and the landscapes they inhabit, and the conflicts between tradition and the vast sweeping changes foistered upon people (like Apu) in the 20th century. No matter what, The Apu Trilogy is a world cinematic classic.