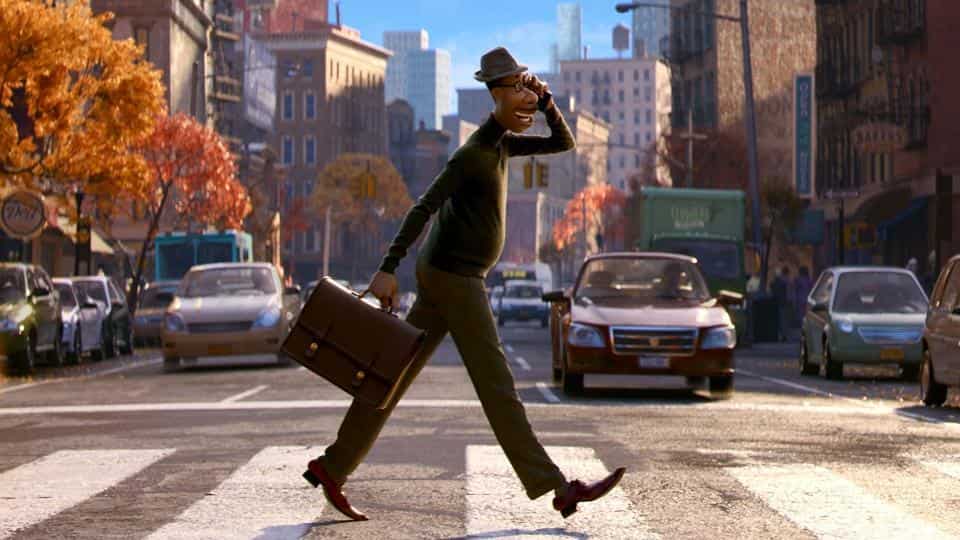 “Soul” represents to me the first full-fledged adults-only movie from Pixar. Yes, it has some slapstick and a body-swap plot involving a human in a cat’s body. Kids might laugh at that.

But the movie heavily emphasizes the middle-age, or even all-adult problem of “what is my purpose in life, and what if it’s the job I really want but can’t have, and why can’t I be more successful and famous at my life’s passion?”

Although I’m sure kids can relate to all that, you kind of have to fail a lot to ask yourself this. Plus, it’s a first-world problem for those completely satisfied with everything, except the career that they’re in, which might not be as fulfilling as they want it to be.

What do you do when that’s the case? According to “Soul,” maybe you talk about the afterlife, and how it is or isn’t geared towards your personal fulfillment. In the movie, Joe rejects death and tries to jump back into his own body, so that he can get the gig of a lifetime. He thinks that’s his purpose, only the movie strives to make “purpose” seem like a fool’s concept. It’s not — see Boethius for example, or pretty much any decent premodern philosopher, or any decent philosopher for that matter. In fact, single-minded purposes are noble, depending on your context, and contrary to this movie’s view.

Watching this made me once again feel as if I’ve dropped in on somebody else’s therapy session. I prefer Scott Adams’ concept of “systems over goals,” so I don’t really worry about achieving some goal like Joe does, only to be disappointed once the goal is achieved.

The movie talks about how a particular goal is not a purpose, which is good. To do so, it creates an entire quasi-theology of what souls are, how they inhabit humans bodies, and what the afterlife might be. I don’t think Pete Docter or Pixar needed to go this far to discuss “purpose.”

But Boethius, and other philosophers, do. Maybe Pixar is sniffing out that “purpose” is tied to telos, which is tied to theological questions. The movie’s problem is that it ignores the big boys of the afterlife — what is death and who is God — in favor of Deepak Chopra-like wisdom.

I was disappointed as well that Joe could’ve been anything in the movie. Surely the topic of music is tied to the movie’s issues, but I am not sure that music mattered. Once again, the movie touches neo-Platonism but doesn’t go there, relating music to the soul and the afterlife. I think Joe could’ve been a sports broadcaster or construction worker. There’s too little jazz music in the movie for me, my favorite genre perhaps, but this is a quibble.