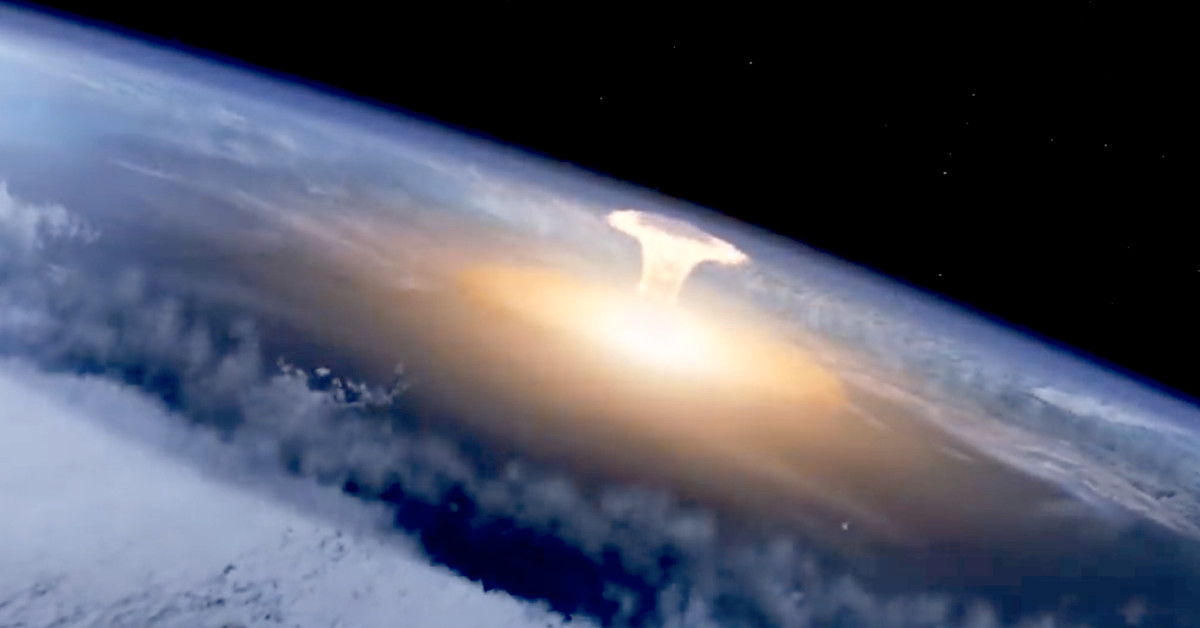 Visually one of Herzog’s best movies, combined with great music, “Fireball” is at the least a pleasurable aesthetic experience. As well, it is epic in scope, in the traditional sense of that word. Herzog, with co-director Clive Oppenheimer, who is featured on-camera as the interviewer of many interesting people, travels around the world. He filmed on all continents. He even, as the epic heroes do, descends into “the underworld,” which is underneath an ancient Mayan temple.

The result is a global vision for a global topic — meteorites, space rocks, falling to Earth. This movie documents scientific and cultural interest in the subject, spanning most religions — e.g., interviewees include New Guinea tribal members, a Jesuit; locations include Mecca, ancient Hindu and Mayan temples.

“Fireball” plays like a Herzog “greatest hits” movie, and if this is his last (and not that it will be), it’s a pretty good one to go out on. He’s as curious as ever. His camera ponders the faces of many novel, fascinating people. It explores entire landscapes, many as mysterious as the space rocks. He intercuts scenes from other movies.

As a neo-German-Romantic (my term for him), Herzog foregrounds wonder, awe, and mystery. All academic disciplines ought to, Herzog thinks, reveal and ponder those qualities of existence. That’s as true for science, cosmology and geology, as it is for art, which in this movie you see images and dance, as well as hear various musical pieces.

“Fireball” is a form of worship. In “Cave of Forgotten Dreams,” Herzog argues that humans are “homo spiritualus,” not homo sapiens, or the beings who are fundamentally worshippers. Yes, in this movie he shows a lot of worshippers, whether it’s the Muslims in Mecca or the New Guinea tribe at the very end. His movie, as well, is a meditation on origins and destinations, in awe of everything, bowing down to something, although it doesn’t know what — perhaps Mystery itself.

Some of this documentary is slower than other parts. A couple of parts could’ve been cut. When I say “greatest hits,” I not only mean great aspects of Herzog, but like a compiled greatest-hits album, “Fireball” feels a bit strung together, less unified than his very best work, probably because the vision is so massive in scope that it would be nearly impossible to achieve unity.

One thing this movie argues, and I realize now that a lot of Herzog’s oeuvre is actually arguing this, is that humans ought to strive to be polymaths. He says this outright at one point, in voiceover, about an interviewee: “he’s one of the last polymaths in the world.” And yet other interviewees seem to be that, too. The Norweigian jazz musician who invented a new branch of science. The Jesuit who studies cosmology.

And you know what? Herzog himself. His movie blends cosmology, geology, biology, aesthetics, religion, all in the complex medium of film itself. The movie itself is a testament to polymath-ism. Herzog wants us to learn many disciplines, and many skills, and then combine them. That’s the spark of much creativity, like a giant fireball hitting the Earth, changing and warping and altering an old form into something wholly new.