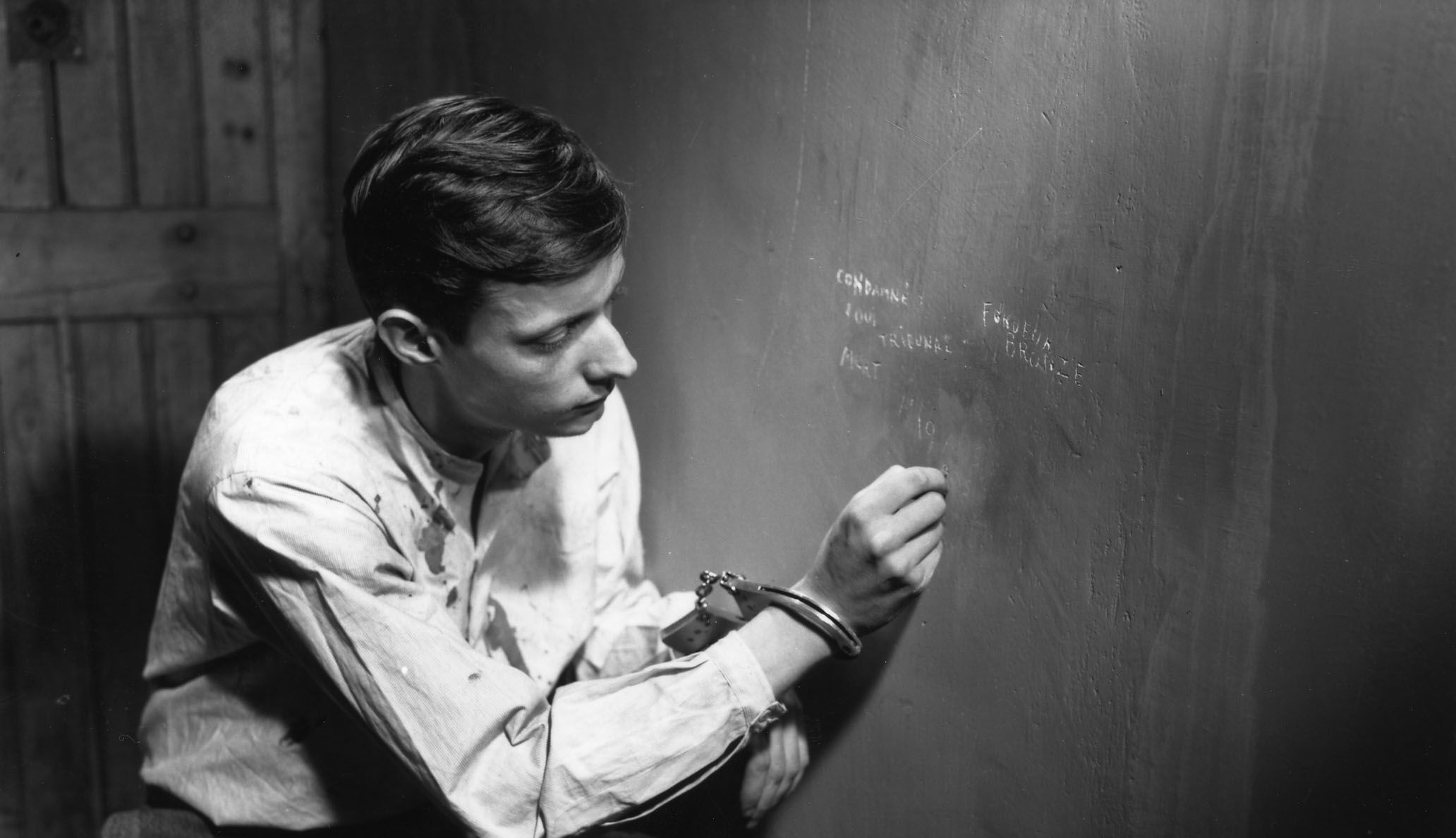 Easily categorized as a prison-break movie, “A Man Escaped” by the great French director Robert Bresson might be better classified as “Intensely Exciting Movie that Doesn’t Seem as If it Should Be.”

It’s also one of the most hope-filled movies among the so-called greats. Not hopeful necessarily, but hope-filled, since the entire plot depends on the viewer rooting very hard for Fontaine, imprisoned by the Nazis in 1943 for working for the French Resistance, to break out of jail.

The movie succeeds as being about both its particular case, French prisoners in WW2, and its general case, an existential hero confined and oppressed as brutally as possible. In both case, Fontaine the individual longs for freedom. Or, really, hopes for it.

What does it take? Individiual know-how. This is a part Crusoe-nade, in which the single man uses his mind and hands to make stuff to thrive and eventually escape. It’s all about the particular: a durable enough spoon, the wood his door is made of, the hooks he makes from the iron, the shavings that fall on the floor. Never has any movie made a splintered piece of wood seem so important and crucial.

At the center of it all is Fontaine’s hands, focused on in so many shots, busy tying rope, shaving the door, untwisting wire. Those giant hands remind me of the Renaissance’s dream of great men working: Michelangelo’s David has enormous hands out of proportion with his body. In “A Man Escaped”, the hands are often seen in shots disembodied. That might arguably make them more important than what they are on the David. They are doing everything. They are the huge factor that matters between life and death, freedom and confinement.

Pay attention to the sound effects: pretty much every scene depends on Fontaine listening and interpreting what he hears so that he can act properly. Bresson’s camera is so up close on everything here, mostly within a small cell, that the movie depends on sound effects to expand its world beyond the 4:3 screen. You keep hearing the keys from the Nazi guard, the bells, the train, the prisoner lighting coughing, tapping on the cell wall, and then later, the strange creaking that gives Fontaine the shivers. What is it and where is it? This movie ought to keep influencing (assuming that it already has) horror-movie directors.

Personally, I find this movie a total inspiration for any venture, creative or onerous. It beats most of the great movies ever, in that while they tend to be devastating tragedies about alienation and loss, this one depict men trying to overcome them.