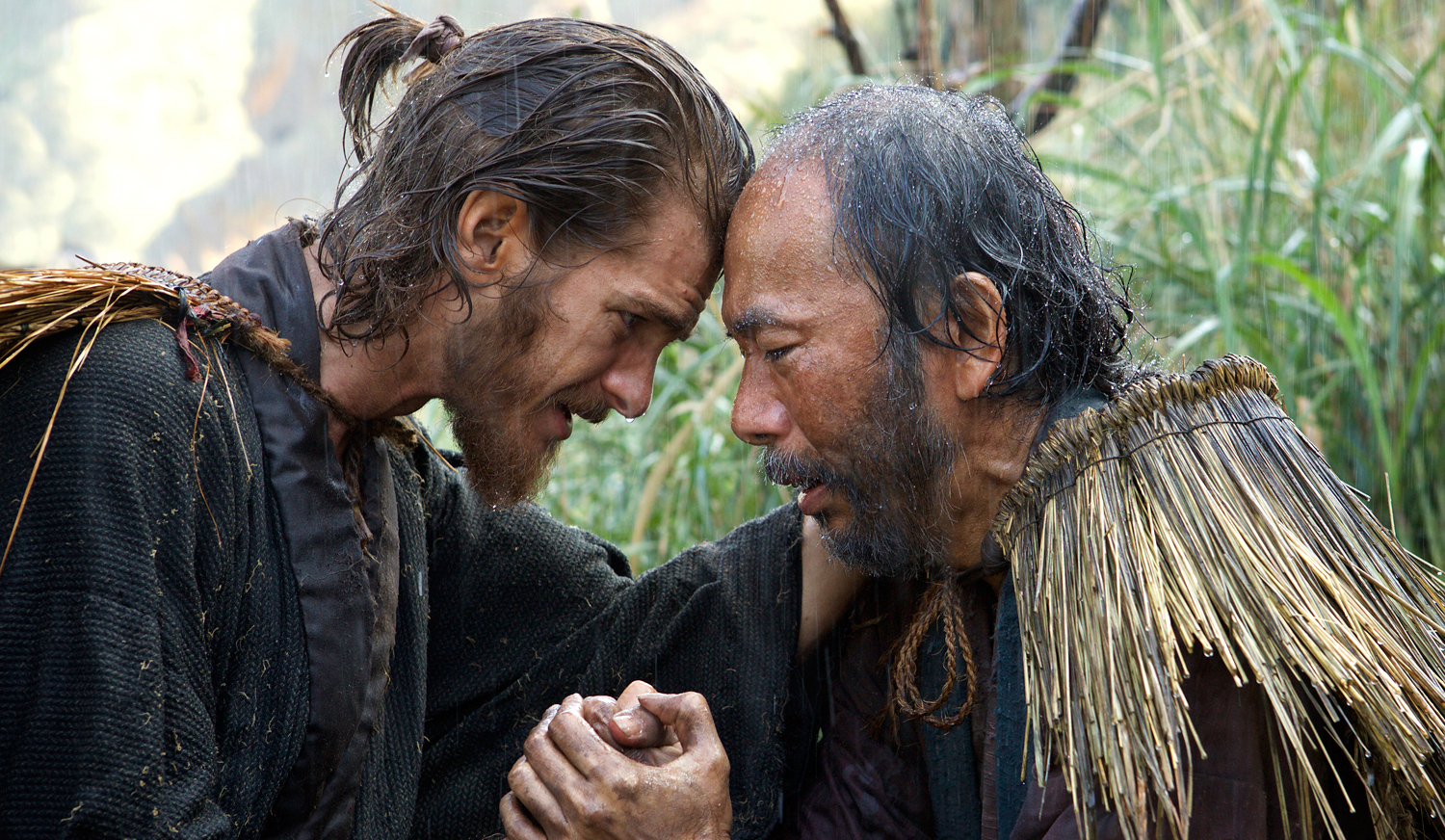 Silence, Martin Scorsese’s new movie, might be for another time and place.

The movie opens with ambient nature sounds and then, for thirty seconds, is silent. During that time, I heard the bass rumbling in the theater next door, and my friend’s jowls—munch, munch, crunch!—chomping on popcorn. Silence is best experienced in a place allowing for isolated contemplation, but it is unlikely that such places exist anywhere that films can be shown. The bass in the room next door never stopped, so at my showing, Silence—a movie with scarcely a note of music in it—featured an unwanted soundtrack.

The movie features Portuguese missionaries in 17th century Japan—hardly a popular topic at the cinema today. Nearly everyone in the film suffers for their Catholic faith: either by persecution, or actual torture. Scorsese dedicates the film to “Japanese Christians and their pastors,” a move that probably did not help his chances at awards nominations or box office success.

As of this writing (in early 2017), Silence is tanking at theaters, unwanted by viewers and disparaged by critics. One theater owner told me that the movie is “too boring” to show in his theater; he watched only its first hour before shutting it off.

And that was his problem. Because he missed a very fine meditation on agony and the seeming impossibility of Christian missionization.

Scorsese has made his most “Christian” movie here—at least, overtly Christian. Silence says in a hundred creative ways that God is Not Dead, although not, thankfully, in the title.

Based on a 1966 novel by Shūsaku Endō, a Japanese Catholic, the story of Silence focuses on Portuguese Jesuits and their attempt to missionize the country. One of those Jesuits, Father Ferreira (Liam Neeson), has reportedly “apostatized,” or renounced his faith. [That the movie does not define “apostatize” through dialogue for a modern audience is an example of its being either too stubborn or too courageous, or both.] Two of Ferreira’s younger Jesuit students, Sebastião Rodrigues (Andrew Garfield) and Francisco Garrpe (Adam Driver), travel to Japan to track him down.

But when Rodrigues and Garrpe sneak into Japan, they face the prospect of imprisonment and death. Japan has cut off all Christian missionary efforts.

The warlords, believing that Christianity is antithetical to Japanese culture, want to extricate the faith, even as they face a competition in power from four European nations. Japanese Christians, already too heavily taxed, are thus persecuted and tortured. In spite of the danger and their search for Ferreira, the priests also must pastor the Japanese Christians, who are desperate for a priest. The devotion of the people to their faith seems exceptional, in spite of terrible poverty.

All, that is, except for Kichijiro, a Japanese man and Judas-figure who at times guides Father Rodrigues. When we first meet Kichijiro, he looks like a drunk, dirty dog, which serves to signal to the priests that he cannot be Christian. Rodrigues thinks that Kichijiro is a hypocrite, one day asking for absolution, and another day betraying his faith and betraying other Christians. This character becomes a stumbling-block.

While Kichijiro might be a Judas, Rodrigues is—as another Japanese calls him—“arrogant.” He believes that, unlike Kichijiro and Ferreira, he would never apostatize. No, he is much too faithful for that, just like the greatest of saints (including the apostle Peter). Even if one can’t hear the cock crow three times in the soundtrack when Rodrigues is faced with the challenge of apostatizing, a careful audience will sense that it is there anyway.

The story hints at a heart-of-darkness motif, the journey of the priests from the outer edges to the interior: from the edge of Japan to its black center in Nagasaki.

That motif, though, is buried in favor of long scenes of imprisonment. The second half of the movie depicts the extreme measures and the enormous use of resources that the state takes to re-convert an ordinary man. In this case, the Japanese warlords want the most important Christians, the priests, to deny Christianity by stepping on sacred Christian images. If they do not step on those images, then other Christians will be tortured slowly. Horrors ensue when the priests refuse the state’s demands.

Silence is a different Scorsese movie in many ways, as I’ve tried to indicate, although the master’s techniques are all on great display. In particular, his love of Japanese cinema, especially Ugetsu and many of Akira Kurosawa’s movies, is wonderfully obvious.

He is, however, too faithful to the novel itself. Endo’s novel includes four different kinds of documents: letters, stories, logbooks, accounting books. Scorsese tries to ape too much of the discourse of the logbook, written by a minor Dutch merchant character, by including an out-of-nowhere voiceover by that Dutchman near the end. In turn, the last ten minutes of Silence, unlike its first 150 minutes, move quickly through time via those voiceovers. For that reason alone, the five hours it takes to read the novel might be better spent than the three hours watching the movie.

Still, Scorsese’s Silence offers some creative, and occasionally artistically excellent, ways of depicting God in the silence. Father Rodrigues thinks that the absence of sound is God’s refusal to talk to him. He believes, then, that there are parts of nature where his God is not—he learns otherwise.