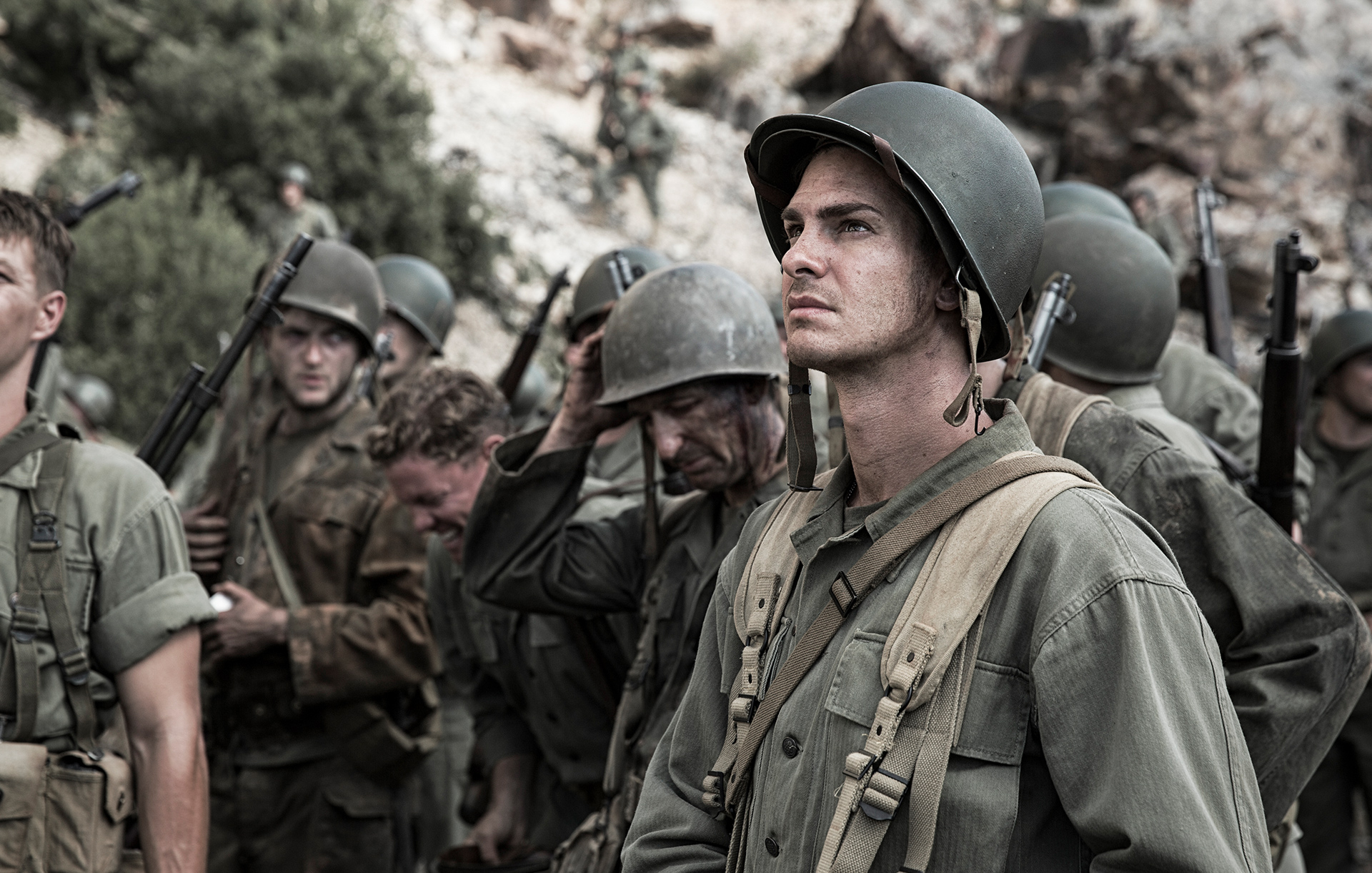 This is why, in Mel Gibson’s 2016 movie “Hacksaw Ridge,” that the main character, Desmond Dawes, is repeatedly associated with the rare birds of North America.  He occupies a unique position that few could. He supports the American effort in World War II and enlists. But he is also deemed a “conscientious objector” because he will not handle a gun. When confronted with that label, he objects to being an objector. That’s not what I am, he says, I am a “conscientious cooperator.”

“Hacksaw Ridge” features the story of Dawes (Andrew Garfield), as an enlisted American private in World War II who wants to save lives while helping his country. He wants to serve as a medic, but he refuses to handle a gun at any point. He won’t even touch a gun in basic training. To be a medic, though, he must pass the basic-training shooting requirement. The army tries to force him to hold the weapon, and then to leave the army.  Desmond balks at both moves. He is that rare bird, a man of commitment and principle, who believes that “Thou shalt not kill” really means that no one should take a human life. This belief is more important than his conformity to the company and to the state.

And yet, from this basic plot conflict, melodrama ensues. “Hacksaw Ridge” is guilty of clichéd sentiment at times. Desmond, for example, is going to get married to his one true love. But his commanding officer says that the soldiers’ guns are their lovers, their concubines. Thus, will Desmond cheat on his one true love and touch another lover (i.e., a gun)? Never!

Nevertheless, the movie complexly draws a picture of the position of being somewhere between supporting and not supporting a war. Complementing Dawes’ conviction is his father (played by Hugo Weaving), a traumatized World War I veteran.  Devastated by the loss of his friends and by the horrors of that first War to End All Wars, Dawes’ father turns to alcohol and domestic violence. He also displays why, in the period before World War II, the America First cause was so strong. Who would want to fight another terrible war in Europe, only to have loved ones die or ruined for life? And yet who wouldn’t support their country first?

Eventually, Dawes is allowed to fight in the Pacific without a gun. The second half of the movie features part of the Battle of Okinawa. To tell you what Dawes does would not be prudent: his is an achievement better seen than read about here.

However, the scenes of battle in Okinawa are probably why Gibson has been nominated for the 2017 Oscar for Best Direction. His vision of the battle, let us say, out-videogames the videogames. There is more carnage here than I remember from any Call of Duty game. Yet the carnage is not presented gleefully or shallowly; it takes place in a landscape from hell. Because that landscape is filled with brains and guts, this movie should come with a warning: do not eat before watching.

The story of “Hacksaw Ridge” is partly the story of Gibson’s comeback. We know that he has been ostracized from Hollywood for foolish comments and crazy outbursts. That he has received acclaim here speaks to the redeeming rewards of excellent craftsmanship. Yet intriguingly, while Gibson’s “The Passion of the Christ” was attacked when it came out, “Hacksaw Ridge” strikes similar notes while not provoking major media attacks. Gibson here has featured a convicted Christian who must read his Bible throughout the movie, who prays and has his prayers answered, who is at times depicted as a saint. The movie begins with a voiceover that reads from parts of the book of Isaiah.  It ends with soldiers desperately searching the battlefield for a Bible. How “Hacksaw Ridge” has escaped the dreaded label of Evangelical Christian Movie is hard to imagine.

Like Dawes, “Hacksaw Ridge” is a rare bird among war movies, neither pro- nor anti-war. It is in part a response to gung-ho World War II movies in which American warriors kick Nazi or Japanese butts and take names. It is also in part a response to the insanity of American wars as presented in many Vietnam-war movies, especially Stanley Kubrick’s “Full Metal Jacket.” The war here in “Hacksaw Ridge” is more insane, yet faith in God abides.

But Gibson may be thinking of his own career. In one of his early films as an actor, “Gallipoli,” Gibson plays an Australian soldier who fights in World War I. He is forced to run down a steep cliff to stop a massacre of his fellow Australians, but fails.  “Gallipoli” ends with soldiers on top of a cliff, running over the trenches, trying to earn glory by charging the Turkish machine-gunners. We know what happens, though the movie doesn’t show the massacre before it ends.  In contrast, “Hacksaw Ridge” does show what happens to young boys when they charge a near-impossible position at the top of a cliff. And then it deals with the aftermath of that: Desmond Dawes, gun-less American, Seventh-Day Adventist, alone on top of a cliff amongst the dead and wounded.

If you look on that cliff-top, you will spot a rare bird. Let us hope that they are not extinct.