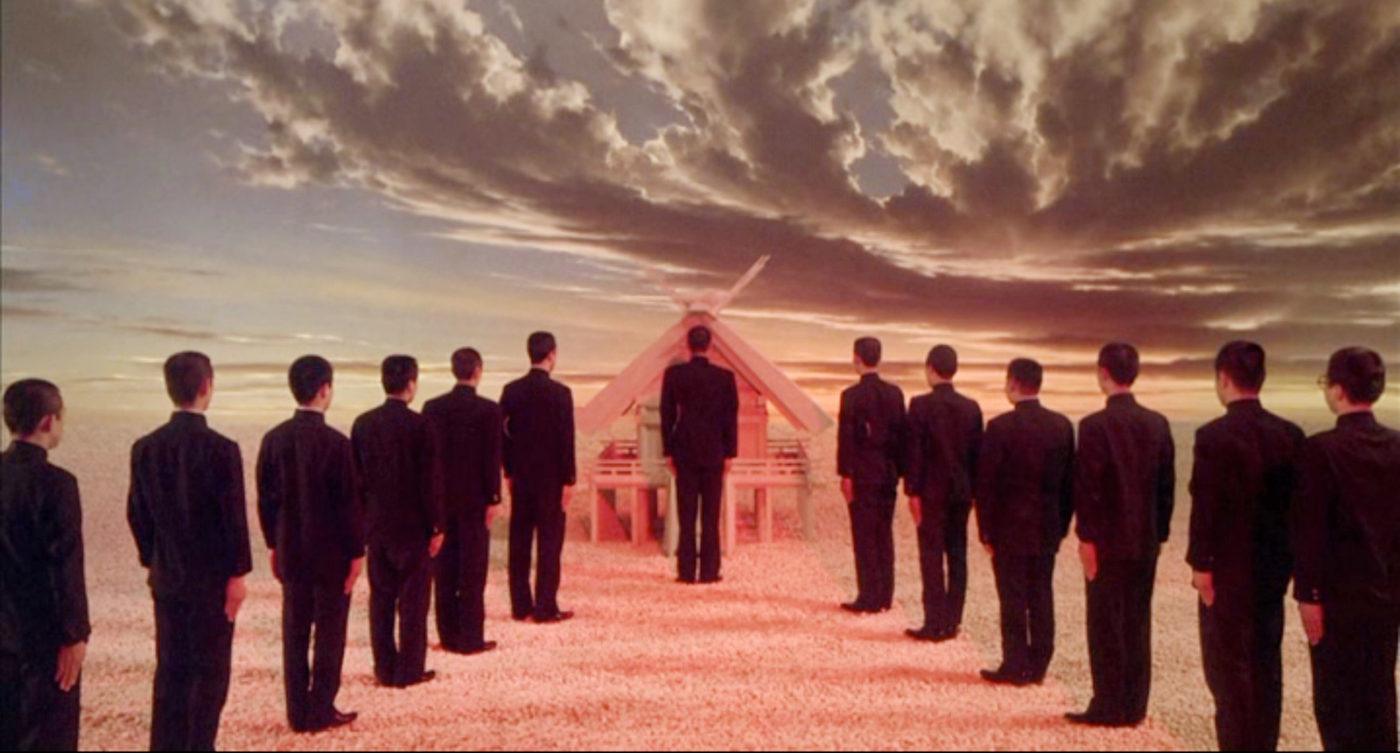 Mishima: A Life in Four Chapters

I’m surprised to have never seen “Mishima” on any Best of the ’80s list. It’s superior, in my view, to “Raging Bull” because of its vaster complexities.

Both movies, of course, were written or co-written by Paul Schrader, the artist of male existential crises. He may have made none better than Mishima, who was, we’re told, the most famous Japanese novelist and playwright of the mid 20th century, who madly (it seems) committed seppuku while holding a general hostage in 1970.

What would cause an artist, a celebrity, a man, to do this? The movie wisely avoids easy answers. It says the answers are in his past, his artwork, his language, and his final act and all of its associations.

While I find Travis Bickle crazy, the minister in “First Reformed” delusion, and the George C. Scott character in “Hardcore” hard-hearted, this Paul Schrader movie features a character I quite sympathize with. He’s all of the above three, but more so — a poet-warrior, an artist trying to reconcile his constructed worlds with his reality, a pursuer of the ultimate form of expression, which might reveal himself to himself.

One concern coming up in the movie is what to do with devoted males who have Mishima’s interests: art, sex, a crafted physique, honor, and tradition. Mishima discusses how modern civilization keeps Bronze-Age males from achieving perfection, which is death on the battlefield. Moderns might chalk that up to “toxic masculinity,” except evo psych tells us we (males) are barbaric tribalists adapted to wage war and reproduce. That seems to reductive to me, but it does fit some of Mishima’s wants, which he can’t achieve through his celebrity status and artifice.

Mishima tries, as the movie structure implies, to marry beauty with art, and then art with “action,” which MIshima likens to reform. In his case, it’s bringing back the Japanese emperor, with emperor-devotion as his final cause. Again, I bring up Kierkegaard. Whatever Mishima achieves in aesthetics, be it through his writing or his body, he fails, so he turns to ethics. There’s a line in the movie about that — how the ultimate thing for him to do is take beauty and put it together with ethics. That’s when he decides to train his body, weightlifting and martial arts. But really, to me, he’s training his mind and spirit.

You take aesthetics and ethics, and then do achieve whatever you are seeking? No, Kierkegaard says, because there’s a religious turn after that, which some take and most don’t. Mishima then must act on his beliefs. To do otherwise would be to fail.

That’s honorable, despite his disturbing end. I don’t think the movie gives us a way to seem him only as insane, or bizarre, like “Taxi Driver” might for Travis Bickle. Maybe Mishima is honorable in that, at least like few do, he acted according to his principles? The movie at least acknowledges that view.

Whatever the case, the warrior-poet shall never die, whether it’s King David, Dante, Lord Byron (seemingly a favorite of Mishima), or the modern rappers who wield weapons. Schrader tells us that, for me, beauty must be aligned with action — that is what we are seeking, or at least needing. At least a few of us, Mishima and his private army included.

I should keep going here to talk about the ways that this movie constructs the partial biography of Mishima. That would take 10,000 words, given the need to unpack the four-part structure, the use of the visualization of three of Mishima’s works, and the black-and-white stylings of Mishima’s past. For some reason, biopics since Mishima haven’t been this bold — at least I can’t think of one off-hand.

Why not? Individual lives are as complex as anything in existence, and so they each deserve the artistic treatment given to Mishima himself.