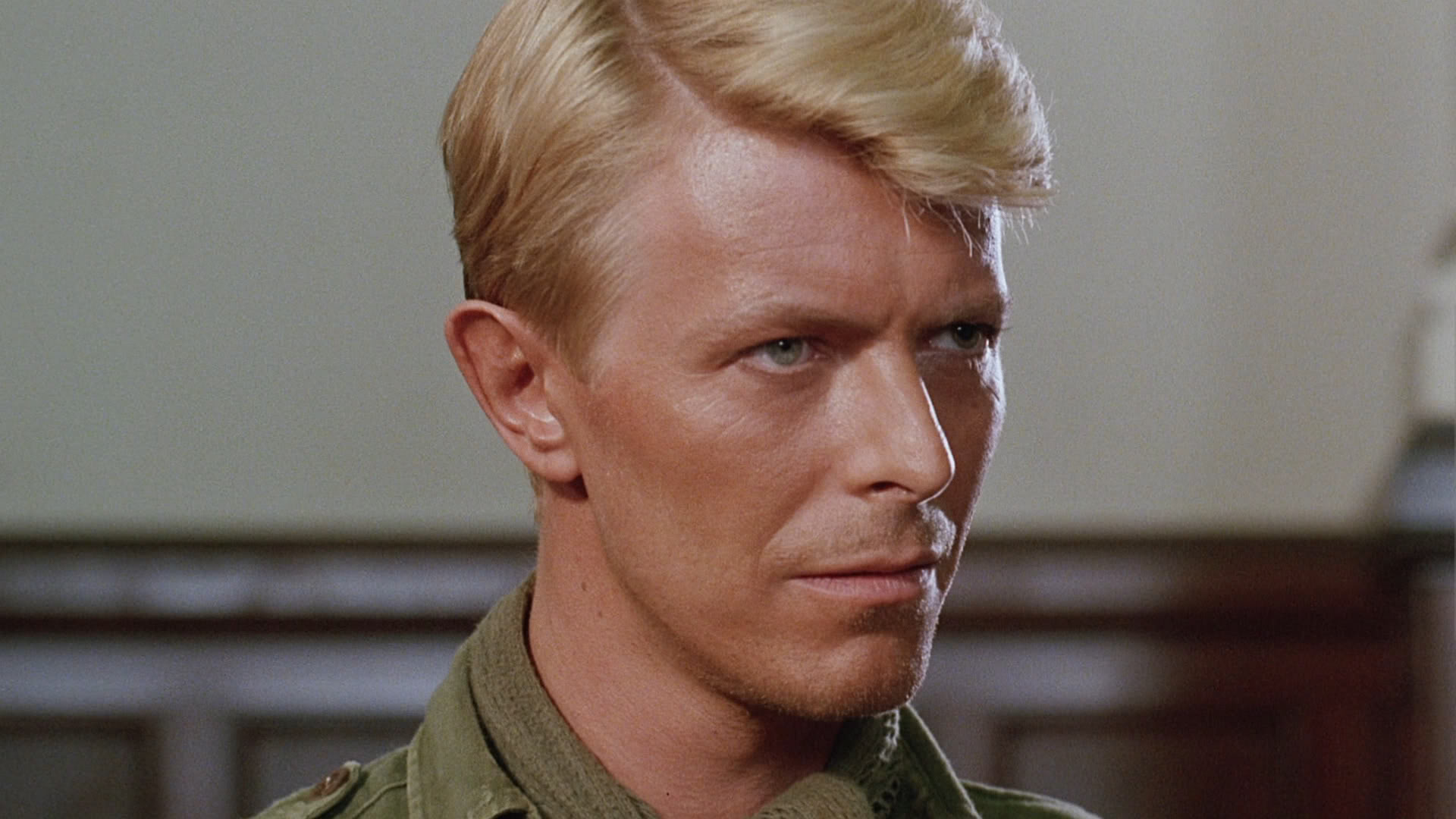 A WW2 prison camp movie, “Merry Christmas Mr. Lawrence” broadcasts particular frequencies that I think many viewers won’t be able to tune into. Those who do will probably like this, or love it a lot.

Let’s take care of some problems first. Roger Ebert’s original review of this movie was one of his bullshit-iest. It almost tops his Godfather 2 review. I don’t know what movie he was watching, but he claims that this movie has two kinds of acting, reserved British mannerisms versus Japanese histrionics, and that’s a reason why this movie doesn’t work.

What?? No, that’s just not even close to true.

A bunch of people, here and elsewhere, claim that this movie demands tolerance. I can see that, given that it’s the early 1980s and the globalism dominating the arts required some blending of old civilizations that had nasty pasts. I think the ending allows for the “tolerance” reading.

Yet the David Bowie character’s head is still sticking up out of the sand — and for my money, that’s one of the most indelible images ever. It’s based on historical truth, it’s beautiful, it’s perverse beyond belief, it’s majestic, and it’s potentially nihilistic.

Bowie plays the British soldier Celliers, who comes to the Japanese prison camp and attracts its leader, Captain Yonoi. By “attracts” I do mean homosexual attraction. Yonoi suppresses that and becomes much more harsh to the British in general, as the movie progresses.

It’s a “Stranger Comes to Town” story, where Celliers changes things up. The British have their arrangements, but those spiral downward throughout the movie. We are supposed to recall all of the POW movies we know here. Yet you might call “Merry Christmas” a psychological slow burn, with a novel synth-inflected score. Not everyone will like those elements.

You’ve got relationships between prison guards and British soldiers, especially the key one involving Lawrence himself (Tom Conti) and Sergeant Hara. Their interactions bookend the movie and are also peppered throughout. Lawrence knows Japanese and interprets for others. Sometimes the Brits get their way — they seem to have some self-determined influence over aspects of the camp — but at other times they are beaten badly. That includes Hara and Lawrence; they have friendly conversations, and yet Hara will hit Lawrence when he thinks he needs to.

Now I don’t see where “tolerance” really comes in, given that this movie is set during wartime. The prison camp scenario is by its nature insane. People in power, here the Japanese, will act cruel. Kobayashi showed that rather awesomely in the first two installments of his “The Human Condition.”

The mood of this movie is everything, not so much the story. I found Oshima’s direction to be quite Kubrickian, though surely he’s not only his own man but is quoting a lot of others. Yet I couldn’t get past the Kubrick shots — slow zoom-outs, zoom-ins on wide shots, long takes of Bowie. There’s a shot where we are staring at a firing squad, and they face the camera 100% turned towards us. Whoa.

There’s a strong case to be made that this movie is better than “The Bridge on the River Kwai,” or pick your Japanese POW camp movie. It rests on Bowie, Conti, Jack Thompson, the score, Oshima’s compositions, and several fascinating moments of strange choices, including fade-outs at key moments when we would like to see the action unfold.