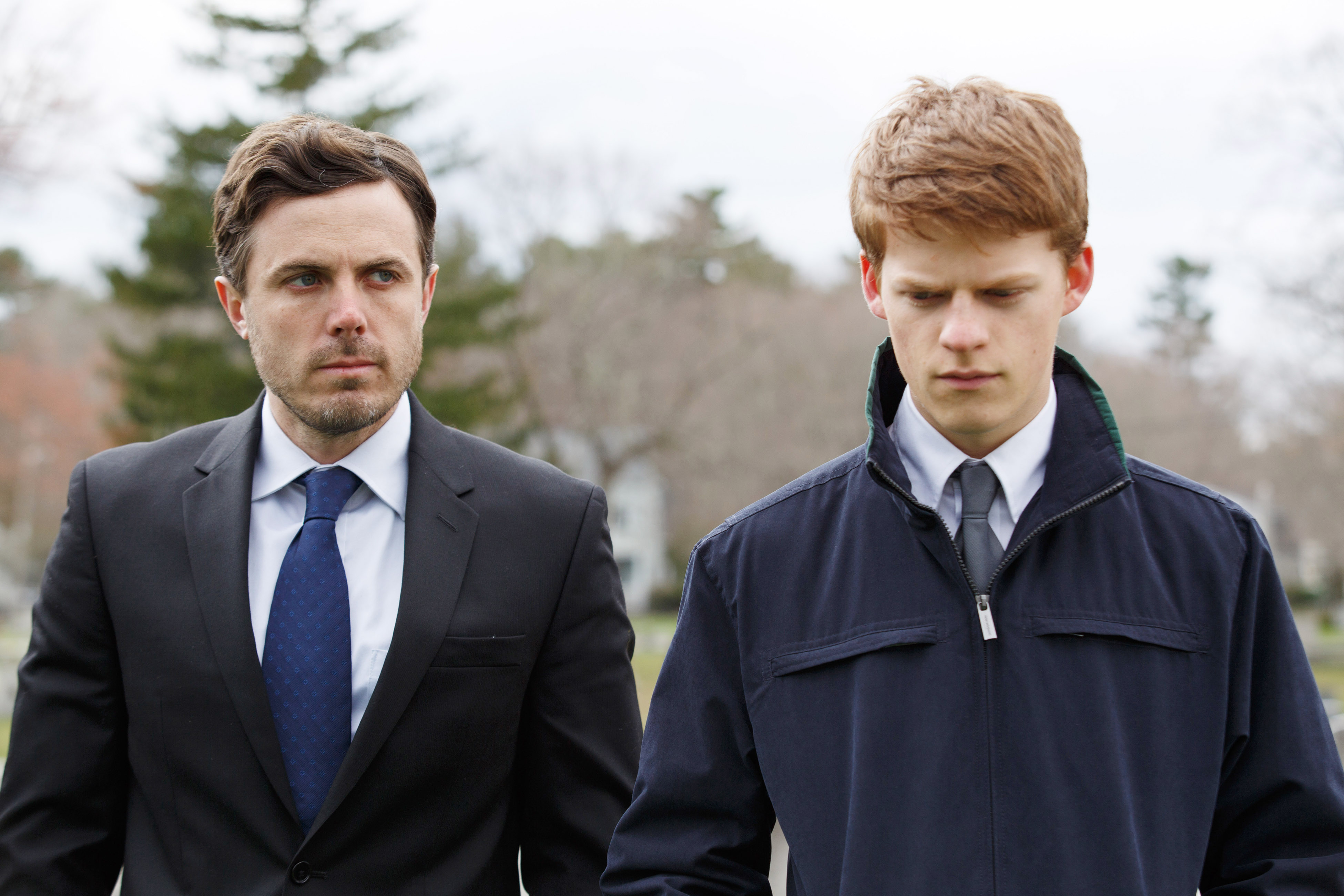 About a year ago, my family was in a museum when our oldest son, age 8, wandered off. We looked around for him—quietly at first, then, in desperation, calling his name. After five minutes or so, we asked the security team at the museum for help. My wife went off with security guards on the hunt for my son, while I waited with my other three children. During that time, I experienced a feeling, physical and psychological, that I never had before: my heart dropped into my gut, with skin tingling on my arms and face, while I thought about the loss of my son, what life would be like without him, and my responsibility for it all. Of course, I had neglected to pay attention to his wandering off. It was my fault, I thought. And I would have had to live with it until I died.

So, once my son was found after a twenty-minute search, I knew that I never wanted to have that feeling again.

Forty-five minutes into Manchester by the Sea, the movie induced nearly that same feeling within me, someone who cannot stand too much sentiment and hardly ever weeps—and never at movies.

To tell you that you should not willingly experience this feeling of unspeakable loss would save you a lot of trouble. Yet the movie calls out, I think, that every viewer conjure up such a feeling, whether you’ve really experienced it before or not. It then works on you, through the main character Lee Chandler, to come to an understanding of living with terrible grief and the responsibility for it. Because of that, Manchester by the Sea is one of those rare movies that demands, with near-perfect tone, that all viewers develop sympathy and empathy for all of its rich characters and its setting. It is, undoubtedly, one of 2016’s best movies.

The film begins with Chandler (played by Casey Affleck), a sadsack janitor in Boston. Chandler appears to be a loner and troublemaker. His boss tells him to stop cursing at customers, after which Chandler starts a barfight for no good reason. He seems to have lost a happy family life; when a flashback tells us that he had another life with a lovely wife and three young children, we wonder where that went. In time, Chandler receives a dreadful phone call: his brother Joel has died. So he travels to the hospital in Manchester-by-the-Sea, Massachusetts, but his interactions at the hospital with staff are somewhat cold. Chandler doesn’t like to talk much, and he will not show much, if any, emotion. We wonder what his problem is, though the movie later shows us that this phenomenon, burying pain and talking about it only obliquely, is common enough in Manchester.

It turns out that Joel Chandler had congestive heart failure as a younger man, and he had been expected to die of the failure at some point. Lee must inform Joel’s teenage son, Patrick, of the death. With a mother who had already abandoned him, Patrick then has to cope with the loss of his only present parent. His guardianship transfers to Lee, who had no idea that he was to be entrusted with the responsibility of being Patrick’s guardian. Both Lee and Patrick have to cope. But how?

This is not all. If I were to tell you more of the movie, I would be negating your opportunity to experience a pivotal moment of massive pain that transforms Lee. It is enough to say that the movie asks us, through Lee, to look very hard at that pain—and it then asks us to laugh. Strangely, Manchester by the Sea, in spite of its premise, is very funny at times. We laugh during the pain of loss, although the ache abides.

The movie’s setting, the fishing town of Manchester, provides an apropos winter setting. In Manchester, everything is frozen, including the ground that does not allow Joel’s winter burial, including the past that no one can escape from, including the hard hearts that cannot talk about loss and will not forgive the guilt-ridden. Next to the frozen land, though, is the moving sea. The movie’s first shot (pictured here) is of Lee and Patrick at sea, some years back, clowning around on Joel’s fishing boat. That boat becomes a financial problem for Lee, but it—really the sea itself—also offers relief and perhaps a touch of happiness. Patrick wants to stay in Manchester and upgrade the boat; however, Lee wants to sell it and take Patrick back to Boston. Patrick does not understand Lee at all.

But we, the audience, do. And Lee, through Affleck’s remarkable performance, becomes a man for whom we find great emotion. Even Patrick, a snarky and licentious teenager, develops empathy through Lee. So should we.

Manchester by the Sea is one of those rare realistic movies that seems like a documentary, as if the movie screen were a window onto lives elsewhere. It offers us exactly what we should keep going back to the movies for: to learn to be more human.