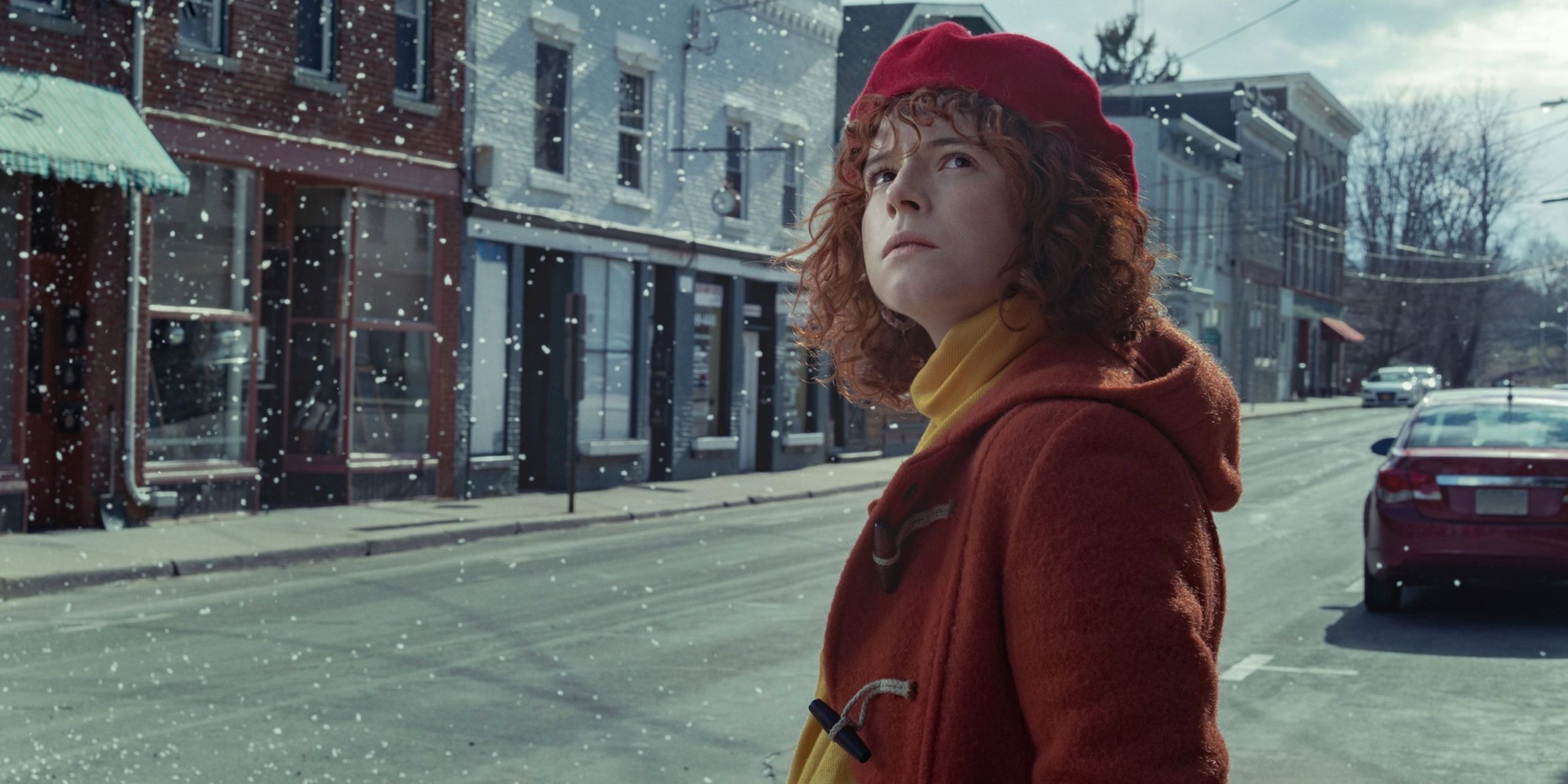 At its core, at least upon first viewing, this movie is about the bleakness of aging, whether growing old oneself or a relationship that aging. That is the ambiguity of the title: “Ending things” could be about wanting life to end, wanting to end a relationship, or the end of all things.

About half of this movie is a car drive, a conversation between the Jessie Buckley and Jesse Plemons characters, going to his parents’ house and driving back from it. In those scenes, you hear the howling wind, you see the dark wintery storm and the metronome-like windshield wipers (these I believe are quoting shots from “Ikiru”). It’s a Coen-Brothers-esque setting, one they used for the roadtrip in “Inside Llewyn Davis” and the third part of “Buster Scruggs” and the wintery scenes in “True Grit.”

Because the characters sometimes are seen aging instantly, or de-aging, and one of the Buckley character’s careers is gerontology (she seems to change careers five times during the movie!), you have the basic questions of what it’s like to age, how to deal with aging, and whether life is worth living. Notice the cramped 4:3 aspect ratio, which emphasizes all of this.

But then you add in the neuroscience questions: are my thoughts my own? am I completely shaped by the external world, especially media? aren’t my wants just the wants of others, especially media-driven wants? The movie is at once presenting some reality but then, as Kaufman tends to do, denying that reality exists except as a spectacle in the imagination, shaped or maybe even wholly formed by media.

As depressing as all that might be, the characters have wonderful wide-ranging conversations, showing that in the face of the wintery storm of death, humans are creative, clever, lively, and capable of much thought. This movie is not about everything, but it’s about most things: laws of nature, movie criticism, romance and love, aging, quantum physics, and on and on.

The movie may be too slow for awhile, and then too crazy. I suspect a lot of Netflix viewers will turn it off after an hour or so. It’s going to dissatisfy them. This is not a horror movie, per se. However it is, as the makeup in the final scene suggests, and as the bleak themes suggest: you are going to get old and die, all of you. That’s the horror of life. How do you deal with it? Kaufman is asking that to us all.

The entire movie could be viewed as the slow death of the elderly janitor, who is debating suicide, stays late at the school, gets stuck in his truck in the storm, and dies.

What most of this movie is is his dying, interior thoughts. The movie valorizes him, a lowly elderly worker, as having a remarkable thought-life. It’s suggesting that he, a humdrum guy, has what Montaigne says about the possibilities of the human mind, infinite peaks and valleys, vast landscapes. We’re seeing aspects of his past, his parents, his desires, how media culture shaped him, and what he thinks of himself, throughout the entire movie. One hint is that the child picture in the house looks just like both the Buckly and Plemons’ characters. They are two manifestations of parts of the elderly janitor’s mind. They are split in half: one wants to go home, and one keeps hesitating and pausing and not going back. The janitor, as the final shot shows, gets stuck because he hesitates and was debating suicide of some form.

Now is it all that easy? Maybe not. Even if it is, it’s a remarkable statement about 1) poorer elderly people, who get stigmatized a lot in movies as old and fairly naive, plus the elderly are not so beloved in modern American culture methinks, and 2) the possiblities of various people to have a rich interior thought-life. This is something that David Foster Wallace argued strongly for, that you don’t know what could be going on inside someone you think is dumb. And Wallace shows up as a key conversation piece in the movie.