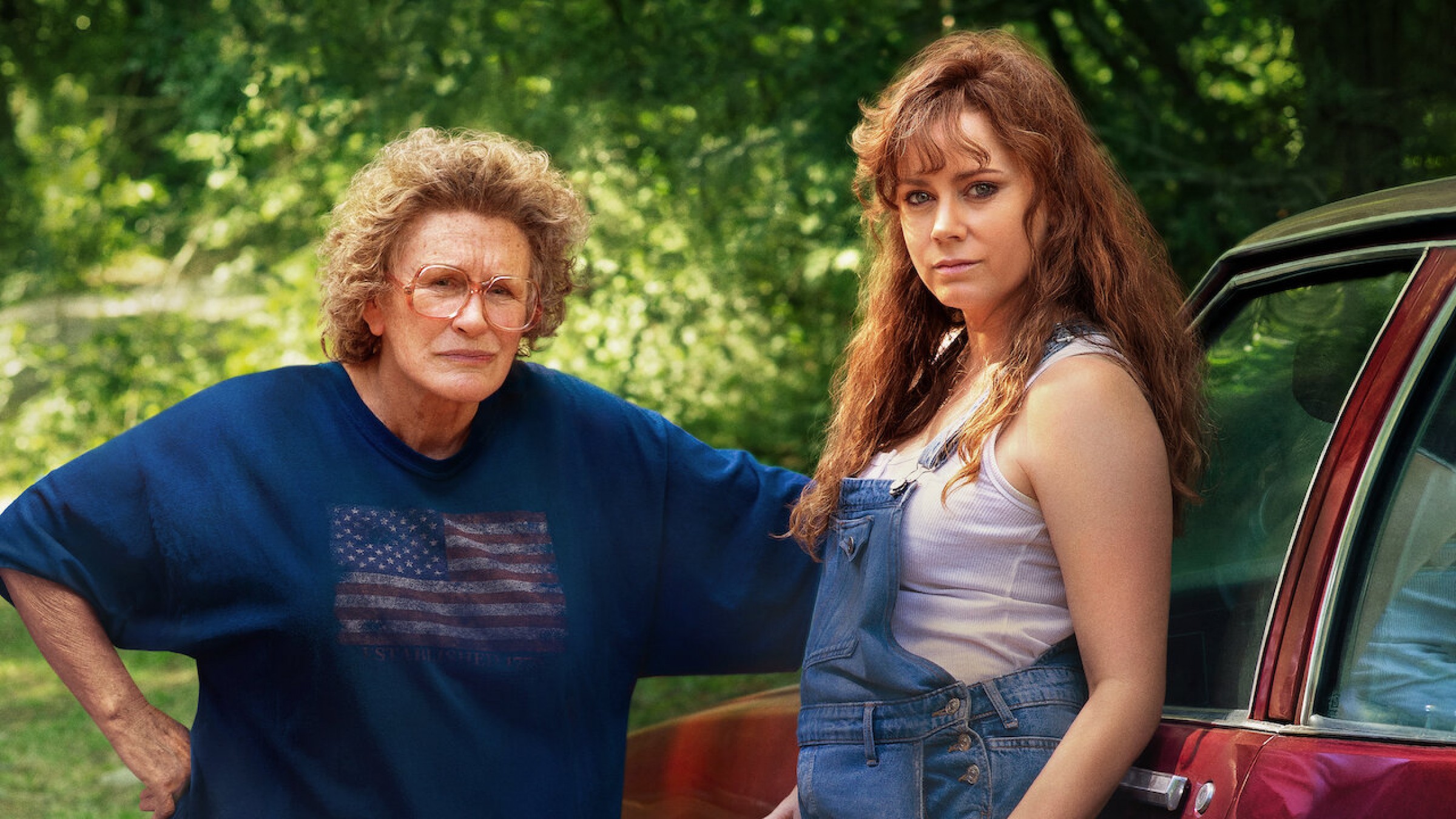 This movie’s effects and affects depend on how much you believe in “the American Dream,” whatever that amorphous concept means. The opening voiceover from a TV narrator, a preacher I think, discusses that it seems like a lost cause for so many inland working-class people in America.

The main question in this movie, then, is how the main character, JD Vance, is at Yale Law School in 2011, given that you also see his life as a young teenager in 1997. That life is filled with abuse, drugs, failures in school, a difficult mother (to say the least), and little hope beyond ending up on the welfare role. He’s got two generations to compare himself to: his grandmother Mamaw (Glenn Close), who got “knocked up” at age 13 and ran away from home, and his mother (Amy Adams), a nurse with a serious temper and an addiction problem, despite being objectively smart (e.g., she was high school salutatorian).

The movie intercuts, very well I might add, the 1997 timeline with the 2011 timeline, working towards answers to how young JD becomes law-school student JD.

If you focus only on this movie’s cliches and stereotypes, which are many, you’ll possibly despise this movie. I did for awhile, but the second half won me over, as I’m a sucker for American Dream stuff. Frankly, as well, Hollywood has largely ignored middle America, except to call it a freakshow occasionally, and so this movie highlighting the problems of the heartland is welcome.

I’ve also been where JD was, just less so. The divide between small-town Midwest/South and urban/coastal elites/major universities is real. The movie does not handle well the scene where JD is confused about all of the silverware at a fancy dinner, but the idea is right: as a small-town Kentuckian and Ohioan, he (and I) had no clue that you’d need more than one fork.

The movie’s strong idea is Mamaw’s “Terminator” line. She loves Terminator 2, has watched it 100 times, and quotes AH-NOLD with ease. She says the world is divided into three people: good terminators, bad terminators, and neutral people. In this movie, that’s not true, since nobody is a bad terminator. The question, though, is whether Mamaw can help her daughter and JD or not, taking on the AH-NOLD role of terminator-as-savior. Glenn Close’s performance is memorable, though I think that’s thanks in large part to the makeup and costume crew, both of which deserve Oscar noms but won’t get them because lower-class 1990s aesthetics don’t stand out as Oscar bait. But they got the costumes dead right here.

Why I hated “Green Book”, which is similar, but appreciated “Hillbilly Elegy,” is probably because of personal preferences for the story’s idas here. Take it or leave it. “Hillbilly Elegy” is not a political movie to me, though I’m sure the bulk of critics will view it through that narrow lens. It’s about the problems that JD Vance had growing up, whether his main ethic should be striving for something beyond the small town or sticking to his family, and the movie’s depiction of that ethical dilemma –thanks to Ron Howard’s frequent use of out-of-focus shots, is quite moving to me. I can recommend this to my friends and family, who know the scenarios in this movie all too well. And I wouldn’t blame you if you couldn’t stand this movie, because it’s unlovable from many particular points-of-view.