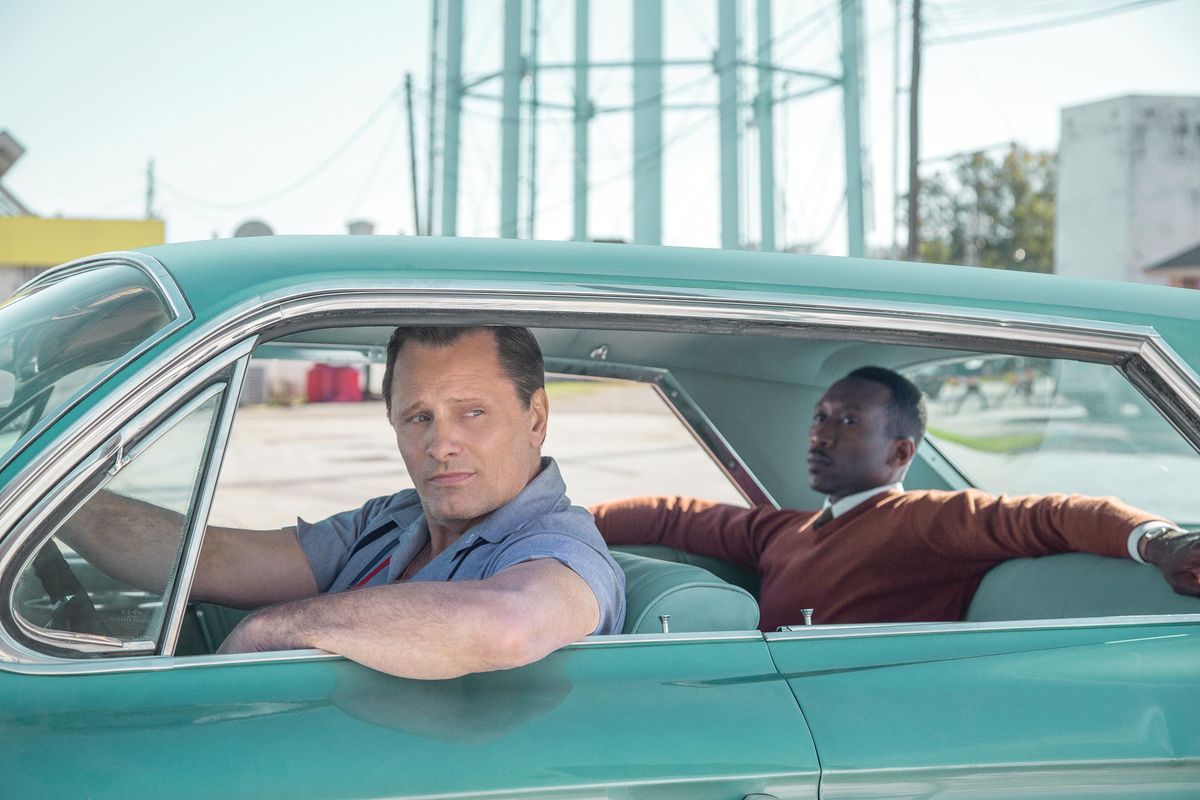 Green Book, an otherwise forgettable movie, has one remarkable quality: Whatever your views on social relations in America, it will reinforce them.

This movie can be watched from dozens of perspectives, and it will agree with any one of them. If you are angry about movies that stereotype race relations in the U.S., you will be angry at Green Book. If you wish for racial and social healing, you will have your wishes come true in Green Book.

Do you think that lower-class Americans have a legitimate beef with snobby elites, who seem to despise them? Green Book agrees with you.

Do you think that African-Americans are still heavily oppressed and that most white Americans are bigots at heart? Green Book agrees with you.

Do you think America has come a long way in fifty years and that most of us are morally better, more tolerant people than those in the early 1960s? Green Book also agrees with you.

This movie is all things to all people because it is filled with smaller clichés, wrapped within a giant cliché, which is the Buddy-Road-Trip-Across-America movie. However, Green Book is not a case where, to paraphrase Umberto Eco’s analysis of Casablanca, a million clichés dance together in jubilation.

The actors, Viggo Mortenson and Mahershala Ali, try very hard to overcome the limitations of the script. They play Tony “Lip” Vallelonga and Dr. Don Shirley, respectively. Shirley, a virtuoso jazz piano player who is also an African-American, hires Tony the Italian to drive him through the midwestern and southern United States on a concert tour in 1962.

The actors try and, in a few scenes, they succeed. But they cannot counteract a standard plot in which white Tony must overcome his nascent racism and learn to love Dr. Shirley. Perhaps no one can out-act a Hallmark-ish script that has one character say, in a whispery movie-voice right before the climax, “Genius is not enough: it takes courage to change people’s hearts.”

As for Tony, who as a literal “Fat Tony” is another cliché, the movie over-emphasizes his girth and his perpetual desire to stuff himself. Dr. Shirley, the other member of this odd couple, who has never eaten fried chicken or listened to Aretha Franklin, despises Tony’s vulgar earthiness. The movie even presents us with a My Fair Lady scenario in which Dr. Shirley tries to reform Fat Tony’s diction and writing abilities.

Dr. Shirley, yet another cliché, is a Magic Piano Player. You know this type from the movies. Whenever this character plays a piano in a social setting, other characters who weren’t paying any attention to him suddenly do. And they are magically transformed by the astonishing magic of the piano player’s magic music. This happens to Fat Tony, whose preference for pop music develops into an appreciation for classical and jazz, thanks to Dr. Shirley’s magical ability.

Just as Tony learns from Shirley, Shirley learns lessons from Tony. A brooding loner, Shirley needs a family. Fat Tony has a very large one. Since this movie ends at Christmas time, with the two men returning home to New York City, do you think lonely Dr. Shirley will end up at Fat Tony’s family Christmas party?

All movies use character types, and in a good movie, the main characters are developed enough that they overcome their types and seem idiosyncratically unique. Great movies go one step further. In them, the characters overcome their types and become idiosyncratically human and yet, simultaneously, their strong development ends up reaffirming their character types as meaningful and significant.

But Green Book is neither great nor good. Mortenson and Ali struggle with the clichés surrounding them. They both, and Ali in particular, succeed occasionally. If nothing else, Green Book exemplifies how great acting can sometimes overcome script and directing limitations. Anybody happy with this movie will be so because of these two actors.

I’m not sure, however, that any character in this movie is developed enough for this movie to be deemed complex and re-watchable. Green Book prefers its messages to its characters. It works hard to tell us that stereotyping is bad—just look at Fat Tony’s prejudice against Dr. Shirley—while simultaneously stereotyping the entire middle and southern portion of the U.S. as fat, crude, cruel, bigoted, and podunk. In this movie, either Tony and Dr. Shirley are running into redneck Kentucky racists who live just to punch black people, or they run into black Louisiana thieves who live just to commit crimes, or they run into dumb Hoosier janitors who think junk pianos are the equivalent of Steinways.

I said earlier that this movie will confirm whatever view you have going into the movie. Green Book confirmed one of mine: that New York City folk believe that they are better than the rest of us. Just look at the plot arc of the movie. Two New Yorkers grow to love each other while barnstorming most of the rest of the country, which is an uncivilized backwater. These two New Yorkers fight against stupidity and racism in the heartland. From my perspective, this movie is Manhattan and the Bronx pairing up against the rest of us Americans.

Ah, but that was my prejudice confirmed. Maybe that’s not yours. Whatever you think, Green Book will be happy to remind you that you yourself, after all, are right.