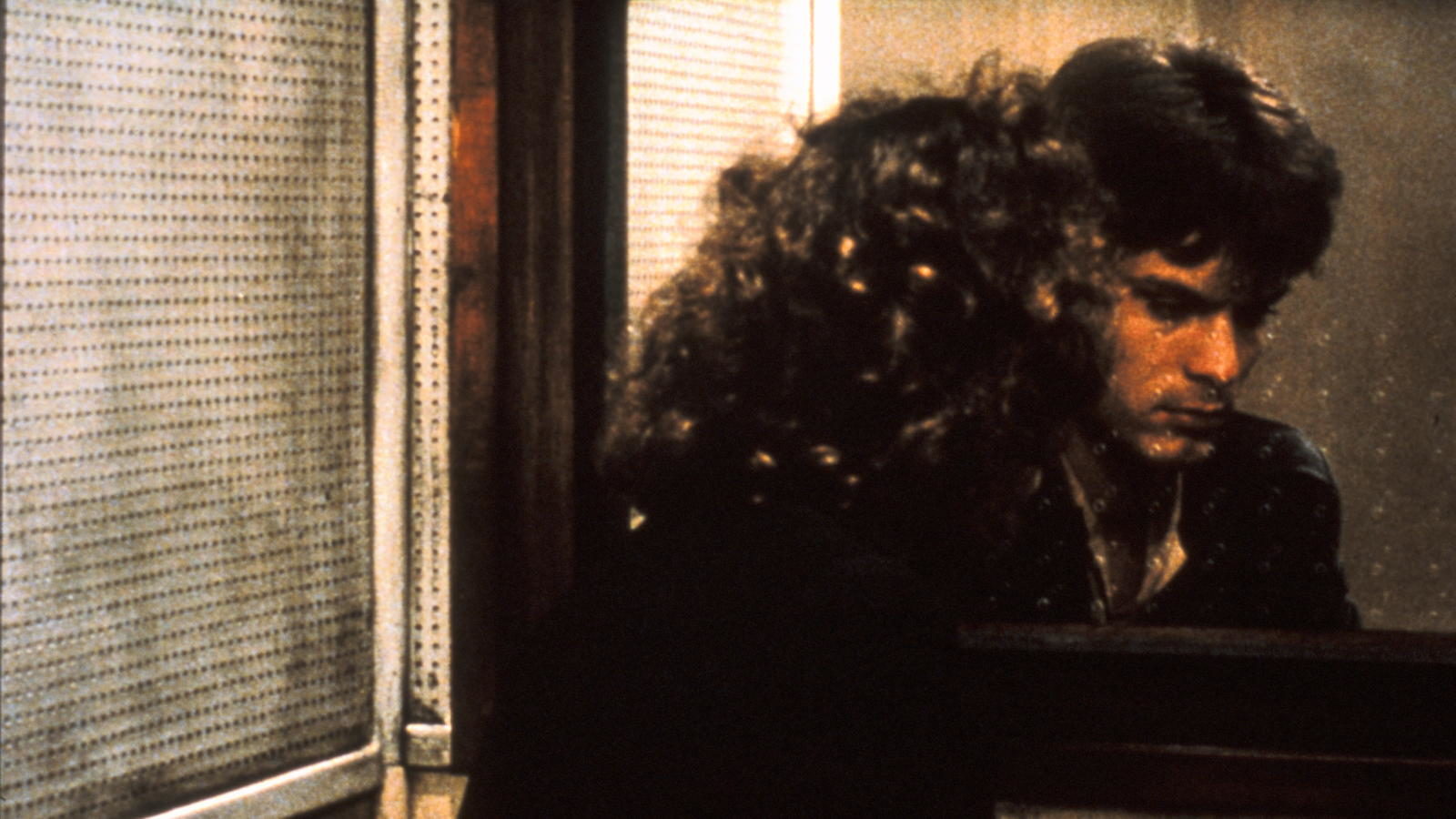 Despite the high rating I give Bresson’s “L’Argent,” the ONLY way to watch this is with your brain fully engaged, ready to recognize patterns, ask why each shot is the way it is, and make all kinds of connections that just cannot be made on casual viewing.

This movie might define the word “clinical,” probably because superficially it feels cold and steady, focusing incessantly on cause and effect. Here Bresson’s method makes some sense, as the film is, as the title tells, you about money — the transfer of money, the meaning of it, what it does to people psychologically, morally and especially socially.

There is a plot, an intriguing one, but to even focus on that would not show the power of the movie’s steady coldness. “L’Argent” is about how it goes about relating its plot. Typical Bresson: lots of shots featuring people entering and exiting the frame, with lingering doorways. Several shots of hands of two people exchanging money or pieces of paper. Shots of people doing business with each other.

All of that results in a seeming distance between day-to-day life and emotional hardship, which the main character (if there is one; the man who is wronged) undergoes. And, a distance between the story and the way it’s told.

Is this about money, though? I want to say it’s about counterfeit money, the story initiating from an exchange of counterfeit bills and, at one point, the knowing fraud of one person passing on those bills when he knows that they are counterfeit. I’d suggest that this movie is really about what FRAUD does to others, that passing off of the fake for the real, a topic that the greatest of writers and artists have warned us about and yet delighted depicting (e.g., Dante, Machiavelli, Orson Welles, Nabokov, and on and on).

If the movie represents Bresson’s view of money in general, his philosophy of it deserves strong critique. But of course, maybe his point is about not money in general as a medium of exchange and representation of value, but 1) the paper bills exchanged in the money, based on nothing real but governmental goodwill, and 2) the harm of knowingly defrauding somebody else via the imitation of real value, which is the counterfeit bill.

Bresson excellently shows the social effects of a whole series of exchanges, as well as Exchange itself, that have no other basis than to be exchanges. How many real relationships are there in this movie? One, maybe, or none. There’s a lot of minor characters, and we never learn their names, and that’s meaningful because the identifiable human markers in this movie’s network of exchanges are obliterated. “L’Argent” may be Bresson’s way of showing, through the form of the movie as much as the plot, the inhumanity of a modern world predicated on and motivated by monetary exchanges. Money doesn’t really corrupt; instead it isolates, and reduces us to quantities and cold figures. And I think it’s all in the way we use money; it doesn’t have to be this way.

There’s a lot of business/busyness in the movie. Note when the characters have serious or life-altering conversations, all of the traffic and street noise.

Finally, although I see that Ebert used this movie in a class. It would be very hard to describe and to help people understand, let alone like. Despite my rating, again, I can’t see most people I know even bothering to make it through “L’Argent.” I see on Amazon that the Bluray has 50-some reviews of the movie, with a pretty low rating overall. Letterboxd users have rated this highly, probably because Bresson’s movies have found their audiences. Try this one only if you are going to give it your all.