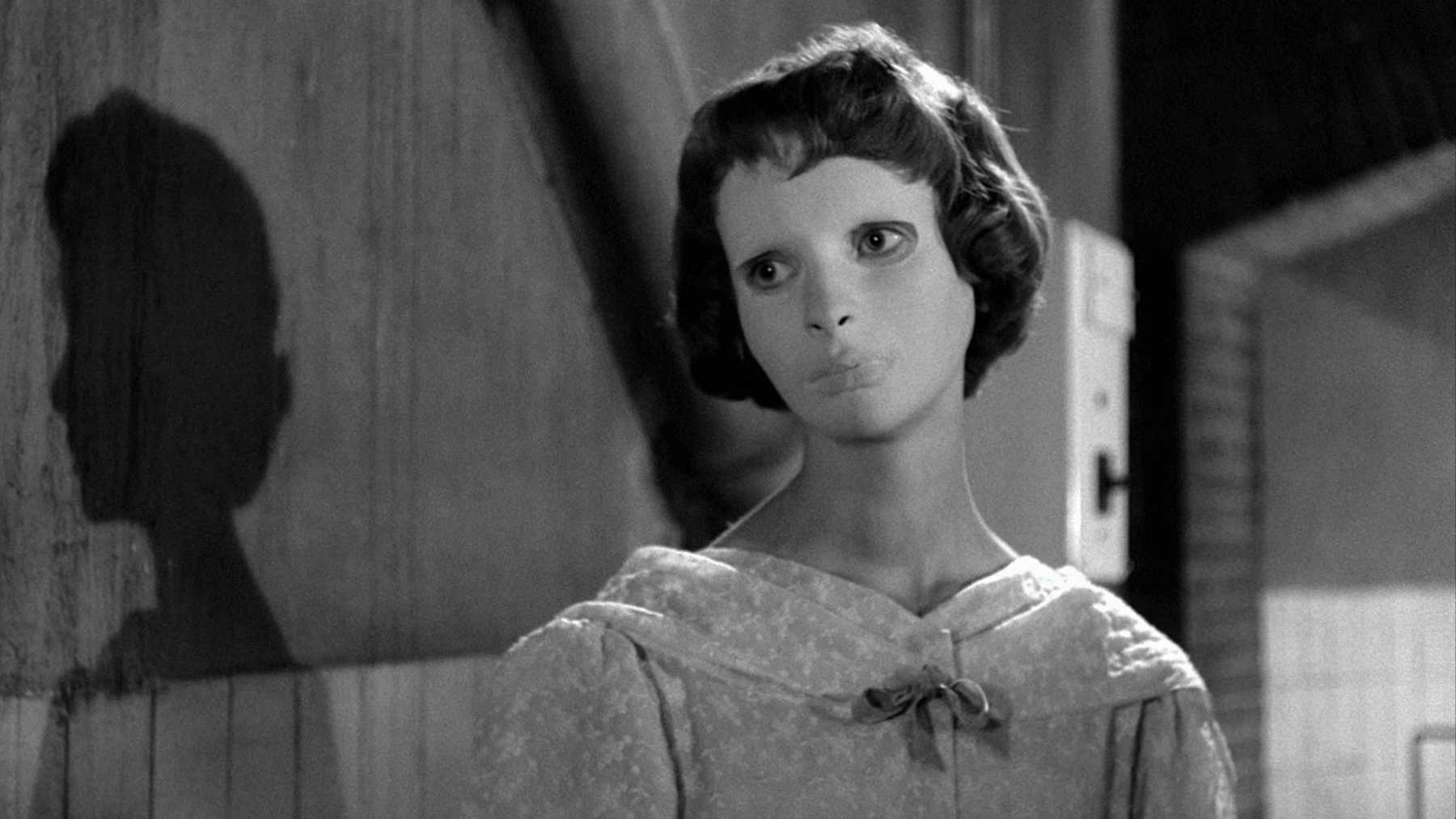 Eyes Without a Face

Good science-fiction normally has a wacky premise, hits the ground running in the first act, develops the premise into further possibilities in the second act, and then goes batshit crazy in Act 3. This movie is stuck in Act 1 throughout. I compare it to Frankenheimer’s “Seconds,” another overrated SF movie from this period.

Consider the premise: mad scientist goes around hunting women to steal their faces so that he can give one back to his faceless daughter. That’s neat. Except that’s the whole movie. That’s it, no development of that, just scientist hunting women while daughter sadly wears a mask sans “beauty.” It even takes 30 minutes for this premise to become clear, as the movie hides what’s really going on from you.

A more entertaining movie would’ve announced that premise within 10 minutes, had the mad scientist caught and maybe tried, had the daughter get a face only to be mistaken for another woman and then try to live her life — and that would just be Act 2. I can think of many plots where this premise becomes much more interesting.

Nothing in this movie signals that it is great. If you had Tarkovsky make it at the pace it is at, yes, then he visually and sonically could justify a one-act premise being stretched over a feature film.

To save you some life life, avoid this one and just watch “Eye of the Beholder” from the Twilight Zone, which has similar ideas, made in the same year as this movie, and it’s considerably shorter.