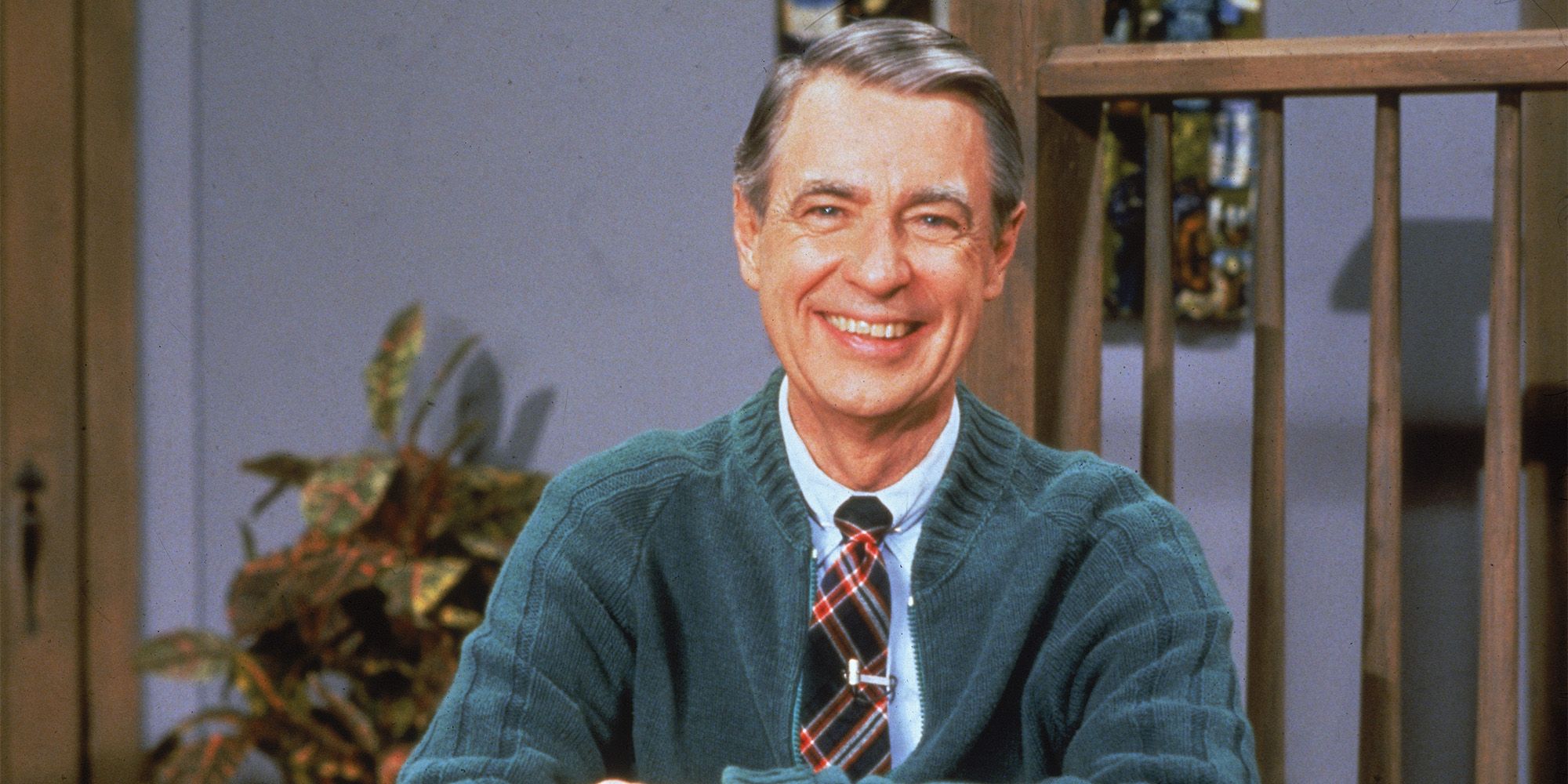 I think if we were to show Mr. Rogers to most children of the post-Millennial generation, he would make no sense to them.  How did his show, Mister Rogers’ Neighborhood, thrive for over 30 years (albeit with government funding)?

Looking back at the show, as the new documentary “Won’t You Be My Neighbor?” allows us to, Mister Rogers’ Neighborhood shouldn’t have lasted for two episodes.  It was slower than oozing molasses, there were long stretches of silence in it, there was no slapstick, and the puppets routinely talked about their feelings.  It was, as one interviewee in the movie says, the opposite of good TV.

And yet, it was on PBS from 1968 all the way until 2001, during a time of violent, fast-paced cartoons, military-oriented kids’ shows, and hyper-manic video games.

The nostalgia-oriented documentary, “Won’t You Be My Neighbor?”, depicts the unlikely TV personality of Fred Rogers—who created, produced, wrote, and acted in the show—and it answers some of our questions that we, as adults who once watched the show as kids, would now have.

If just the name “Mr. Rogers” triggers the show’s indelible theme song in your brain, you are the primary audience for this documentary.

The movie argues that the show sustained its long run because of the humble, honorable character of Fred Rogers, an ordained Presbyterian minister and lifelong Republican voter, who believed that his calling was to, as he puts it in the movie’s opening scene, “help children through the difficult modulations in life.”

Surprisingly, that meant he directly confronted hard issues on his show: what it feels like when a child gets lost, how to confront death, how to talk to disabled and sick people, what it felt like to hear about news from the Vietnam War.  Maybe some adults would rather not talk about those issues with children, but Rogers did.

Rogers also plied the trade of children’s feelings, articulating on the show and arguing in front of Congress that their feelings are special and meaningful and that adults have to talk about them with children.  He repeatedly emphasized, seemingly in every episode, that each child is very special just as he or she is.

The documentary argues that Rogers consciously crafted and repeated this message because he despised other programming on TV, especially children’s programs that he said malformed their audiences by rewarding selfishness and aggression.

There are a heap of other interesting details in “Won’t You Be My Neighbor?”, a sometimes-interesting documentary that I felt nevertheless treated its main subject shallowly.  Most of the information in the documentary could be learned from a quick internet search.

Now, I suppose that if you are wanting to feel better about yourself after experiencing endless conflict, whether in your own life or in observing all of the recent, bitter cacophony in the news media, you should watch this movie.  It recreates the happy-to-be-alive atmosphere of Rogers’ show, especially when it asks you at its end to pause and remember someone who once loved you.

However, while “Won’t You Be My Neighbor?” uses many of the techniques of greater documentarians, such as Errol Morris and Alex Gibney, it never quite produces any kind of intriguing angle on its subject.   The Fred Rogers in this movie ends up being just like Mr. Rogers, who was just who we thought he was.

Was Rogers the actor the same as Rogers the producer, and was that person the same as the real-life Fred Rogers who had a wife and two children and probably also the same kind of sins and temptations that we all have?

Probably not, and the documentary hints at this possibility without exploring it—from Rogers being bullied as a child, to his imbibing the psychological theories of Dr. Spock and Eric Erickson at the University of Pittsburgh, to dealing with a homosexual actor on his show, and finally his use of his puppets as a therapeutic outlet.

The documentary doesn’t delve far enough for me into his psychological and theological reasons for creating a show as unique as his.  It tries to say that his puppets were part of his personality—especially Daniel Tiger, who was a manifestation of Fred Rogers’ own personal doubts and vulnerability.  But that’s mostly all.

One unexplored angle that would’ve made this documentary fascinating is how Rogers’ Christian faith affected his show.  A short scene in the movie claims that he believed in a “wide-open Christianity” that infused a “spiritual vision” into the show.  His core theological doctrine was a twist on the Second Great Commandment: love your neighbor and love yourself.

The “love yourself” part resembles the feel-good, power-of-positive-thinking dogmas of Presbyterian pastors of the mid-twentieth-century era, such as Norman Vincent Peale and Robert Schuller.

So was Rogers a self-esteem-promoting follower of Peale, and did his show pander to his audience, as Rogers has been accused of doing on many occasions?  The documentary briefly mentions this accusation, only to pooh-pooh it too hastily.

And—as the movie asks but never answers—did Rogers have any real impact on TV, or did he fail completely in his mission to change it?  Given the frantic pace of children’s television and movies today, it would seem the latter.  (Although Rogers had to have heavily influenced one of the greatest of TV shows for kids: Blue’s Clues .)

I would have liked to have known more about how Rogers’ theological beliefs were integrated into his show.  You can feel a New-Agey Christian vibe to Mister Rogers’ Neighborhood in the movie, but you can’t connect the dots about what Rogers believed at his core about Jesus Christ and how that manifested itself in his show.

Without such probing questions answered, we are left with “Won’t You Be My Neighbor?” as a nice sweet picture of a nice sweet man.  Yes, you would certainly want him to be your neighbor.