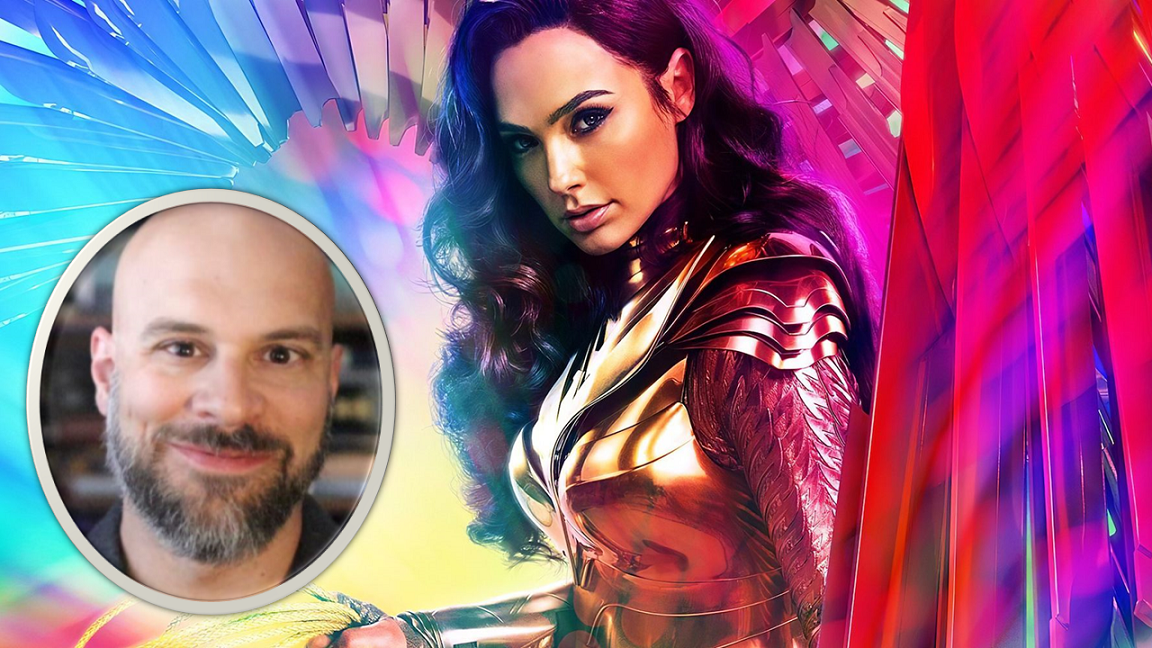 By Josh MatthewsDecember 23, 2020No Comments

Blockbuster-attending audiences in 2020 have been waiting long for good eye candy. With its movie poster filled with candy colors, you’d think “Wonder Woman 1984,” the sequel to the hit “Wonder Woman,” would deliver.

It does, but I watched it on my small screen in my house, as most people will do because of coronavirus and the streaming release on HBOMax. Just not as good an experience, overall, as the movie theater.

About the movie: I think this movie boils down to an American woman’s need to get over the sexy man she once loved, while getting to kick Donald Trump’s ass.

Diana, aka Wonder Woman, is that woman. Living in Washington DC circa 1984, the ageless Diana still longs for the Chris Pine character who seemed to die in the first “Wonder Woman” movie. Yet 70 years later, she still decorates her apartment with relics of him, including an old watch, which my seven-year-old told me they kept showing over and over. If even he notices something like that, it’s a bit too obvious.

Anyway, Diana works for the Smithsonian, and her new colleague Barbara Minerva (Kristen Wiig) comes across a stone sold on the black market but saved by the FBI for the Smithsonian. Turns out it’s a magic wishing stone, called a dreamstone, which has destroyed every major civilization that uses it. Might it destroy the US Empire in this movie?

Minerva, because she’s the nerdy scientist who can’t get a date, wishes to be Diana, who to her is “strong, sexy, and cool.”

Meanwhile, the Trump-like villain wishes to get ahold of the stone . . . to become the stone. Yes, he wants to be the genie who grants everybody wishes, and by doing so, he gets a wish apiece himself. That would give him success and power on the level of anyone who would author “Art of the Deal.”

Is this character Trump? Not completely, but you can’t miss it. He’s a TV personality who wears gaudy suits. He’s bankrupt but looks rich. He boasts endlessly and talks explicitly about “the power of positive thinking.” He’s got the hair and bulky middle-age face of Trump circa 1984. Is he out for the Presidency? The studio knew this movie would be released before the 2020 US election, so armed with that fact, you can guess the answer, and you’ll probably guess correctly.

The movie simultaneously oogles and aahs at modern technological society, with 1980s nostalgia, while condemning bad wishes and false desires. It is at once a movie praising consumerism, in its content and even more in its form, while giving lip service to condemning it. There is lots of fortune-cookie talk about renouncing your wishes, not getting what you want, being true to yourself, and especially to not give into lies. That part usually involves explicit condemnation of the Trump-like villain.

Surprisingly, there’s not much action, except for the last 30 minutes, and Diana is a powerless character. Diana becomes Wonder Woman for the first time at the 10:00 mark, saving a mall, and then does not don that role next until the 1:20:00 mark. That’s nearly half the movie, and a long stretch without her being herself, and probably what most people want her to be.

Throughout, she’s mostly dealing with trying to get over her old flame. This distracts her from saving America, and so the moral lessons are all quite obvious and on the level of morning TV aimed at jobless or wealthy suburban females. Wish for great fashion, but don’t over-wish for too much wealth, and whatever you do, DO NOT VOTE FOR TRUMP!