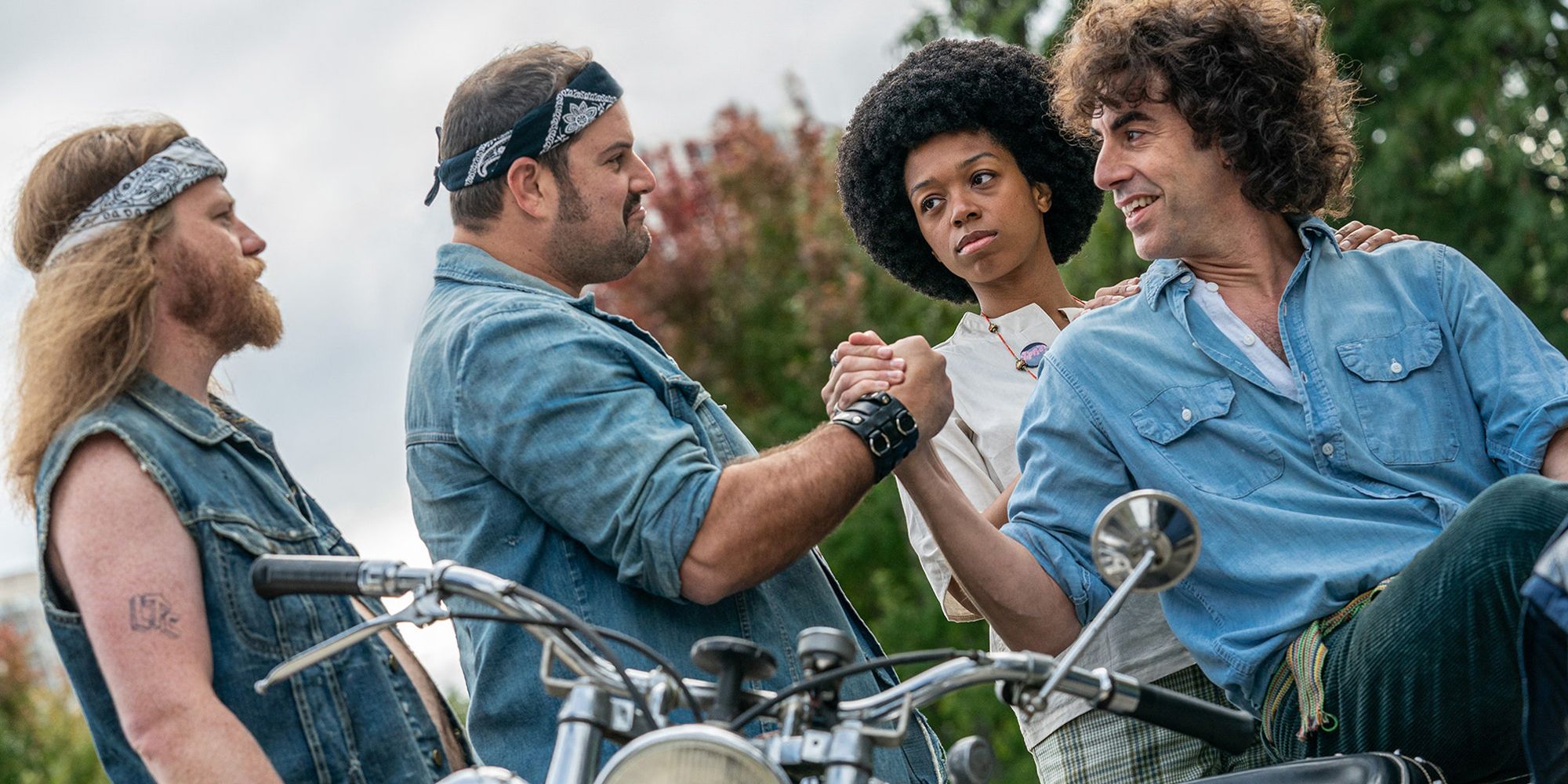 The Trial of the Chicago 7

As you’d expect, this one is preachy, melodramatic, idealistic to certain extremes. A Sorkin screenplay is a political fantasy world.

It’s a courtroom drama, with some flashbacks and contextual scenes, about the seven men indicted for federal charges of rioting, in Chicago circa 1968 at the Democratic National Convention.

The movie paints them as different groups with key differences, united by the cause of opposing the Vietnam War. Should these “leftists,” as the movie labels them, be lumped together in one big coalition, or are they are smaller fringy groups? Well, the Big Bad System, here the court, treats them as one giant group, and it’s clear that the movie believes this was a “political trial” put on by the Nixon administration, which would’ve been opposed by the former LBJ administration.

There’s a divide between the clean-cut Tom Hayden (Eddie Redmayne) and the anarchic guy with a fro, Abbie Hoffman (Sacha BAron Cohen). The latter wants “Cultural revolution” because they all are outside the System, which needs to be torn down and rebuilt, from Hoffman’s point-of-view, by gags and absurdities. The Hayden character is a young idealist who believes in Fighting the System as a good old white boy. They are joined, though not willingly, by Bobby Seale, a Black Panther who according to the movie was treated the most unfairly and who wants little to do with the group of 7 he’s been forced to join.

But they are all united against the System, a bunch of white guys in suits, headed by the Joseph Gordon Levitt Prosecutor character. He’s torn between fairness and his own side. Every other guy on the side of the system, especially Frank Langella’s judge, is a bigoted Man in Power.

I capitalize these characters because they all are just types within the movie’s ideological structure. While sometimes the screenplay is witty, mostly it delivers Boomer-ish sermons about the injustice and unfairness of the System. I would think that non-church-going folks would not want sermons, but then again you get a lot of movies like this.

Cohen is just not funny; in fact the Hoffman character is painted as a Machiavellian genius with a Groucho Marx touch. Most of his lines are highly moralistic, while the movie fails at making him a comedian, even though it acknowledges through flash-forwards that he was one, sort of.

The judge character in this movie might be the worst, or at least most unfairly idiotic, judge in movie history. Now, the movie plays fast and loose with its notion of truth. Is it reporting true history, as it claims to with its depiction of this judge? I don’t know, but there’s a scene in the movie of the telephone game in which the message passed along via telephone is NOT altered in any way. I think the movie assumes that historical truth can be known and accurately represented in film, and that some event in history can be retold accurately decades later.

Ponder that and you might be troubled or comforted; or you might just say that Sorkin is naive about photography and truth, as I do.

The best scenes are between Langella and Rylance, though they are one-sided to a high degree. Half of the time I was wondering why the courtroom scenes are so dimly lit. It’s not as if they did not have electricity in 1969, and you’d expect dimness to be associated with the problem of relating historical truth. But no, I think that was just an aesthetic choice to make us squint a lot.

As most people are, I’m sick of the 2020 election season. I get pummeled with mailings, commercials, people at my office talking only about one federal election (the Presidency), and everybody focusing on the nonsense surrounding that. I turn to this movie, and yes, it’s obliquely about the current administration. You can’t go anywhere these days without running into this insanity; everything is politicized. To quote Joe Biden, just shut up, man.

I’d rather watch Groucho Marx than Cohen as Hoffman, and if I want to see Cultural Diversity vs. The System (e.g., white guys in dark suits), I’ll just rewatch The Matrix. Way more entertaining at least.