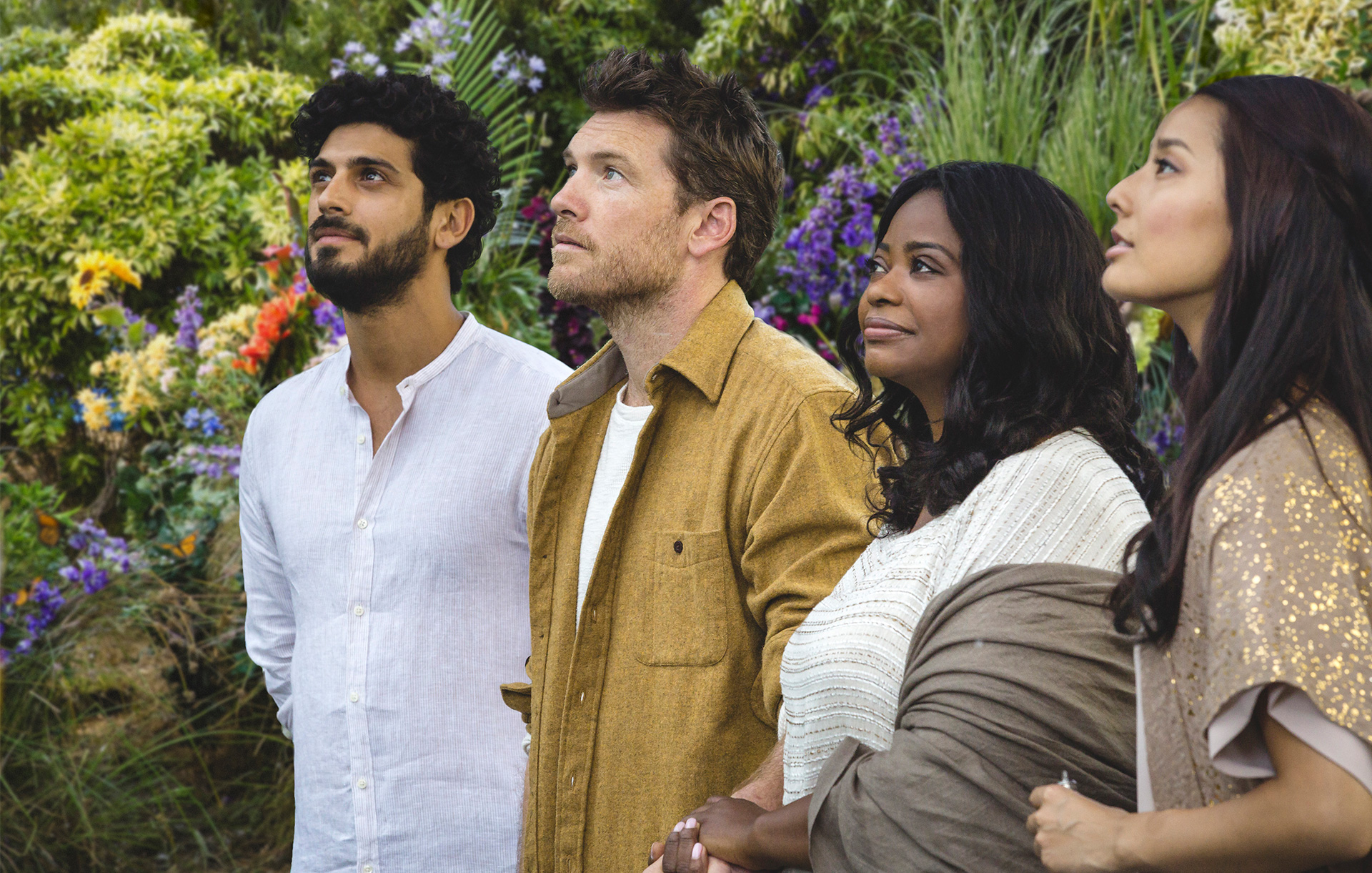 While heading into The Shack, a woman in front of me in the ticket line asked for a ticket to “that Christian movie, whichever one that’s showing.” I confess that I was as ignorant as her about this movie. I knew that The Shack was a wildly popular book in the distant past, which turns out to have been 2007. Other than that, I hoped we were in for a bit of a horror movie. In my head, I kept reading the movie title as The Shack!!! Hey, this movie is rated PG-13; you never know.

Then the movie’s opening thirty minutes were competent. Great, a watchable Christian movie!

And then God shows up. And she stays way too long.

The Shack features a God who looks like Oprah Winfrey, talks like Deepak Chopra, and listens to Neil Young. She is also affectionately known as “Papa.” Along with Papa are two other characters who are also God. They are a suave, Mediterranean-looking Jesus, and the Holy Spirit as an Asian fashion model. Give credit where due: this might be the weirdest on-screen Trinity ever.

But more on God later. The Shack depicts the agony of Mack Phillips (Sam Worthington), a good-looking guy with a good life, good family, and good career. He has, we are assured, worked hard for all of this goodness. Unfortunately, while the Phillips family is on vacation, Mack’s daughter is abducted at the same time that Mack is saving his son from drowning. A manhunt leads to a shack in the mountains, where the daughter has apparently been murdered.

Cut to a devastated Mack on his driveway in winter. He finds a mysterious letter in his mailbox, which asks him to come back to the shack. It is signed “Papa,” which is his wife’s nickname for God. Is it really God, or is it a joke? Rest assured, although it tells us that we are watching a true story, the movie will give us at least two possibilities that everything in the movie is a dream. Anyway, Mack grunts and groans at his family, takes his neighbor’s truck, and heads for the shack, where God awaits.

A lot of redeeming happens after that. As it turns out, Mack has got to learn, through his encounters with the three people of the Trinity, that he shouldn’t hate God for judging, even though God doesn’t judge or something. What The Shack lacks for in clarity, it makes up for in boldness. It deals head-on with the vexing questions of why a good God allows evil to exist and why people have to suffer. Unfortunately, it does not ask more relevant questions, such as why God allows for the existence of bad movies.

The last ninety minutes of The Shack looks like a Gap ad walked into a Better Homes and Gardens photoshoot. At the shack, Mack walks with Jesus from the ice-cold mountains into a colorful springtime forest. Jesus takes him to a beautiful country house, where Mack meets the three persons of the Trinity. Thus, Mack the suburban white guy is redeemed by ethnic diversity in order to become a better suburban white guy. This movie says that deep faith, having a child-like joy, is the equivalent of singing hymns in church and having nice vacations, while looking like you shopped at Gap.

I wish that The Shack were more complex than that. I wish that God had better things to say in this movie. He, or she, or whomever, speaks in clichés. Mack, perhaps not wanting to give offense, calls them riddles. They are enough to make one want to run from this movie and head straight to the nearest atheist support group.

Meanwhile, in an odd choice, Worthington does not settle on whether Mack has an Australian or an American accent. He plays Mack with a pathos that only a mother could love. Good thing that God looks like a mother.

The Shack is rated PG-13 for reasons unknown, probably for dream sequences that will frighten precisely no one.