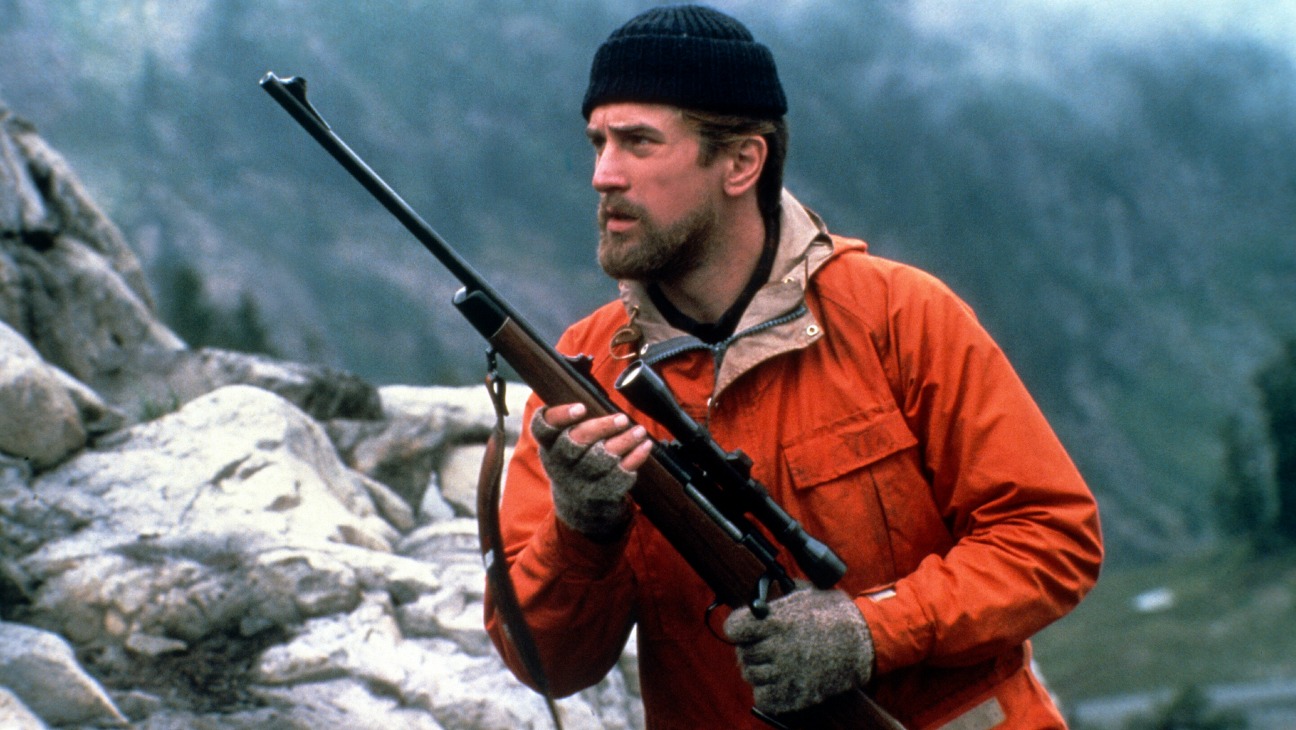 This review may contain spoilers.

I object to this film as a fraud, conjuring up the wrong emotions. It asks us to sentimentalize the Vietnam experience via small-town characters traumatized by it.

“The Deer Hunter” is an exercise in blind nostalgia. By 1978, the US had exited Saigon three years prior, an event the movie memorializes through stock footage as well as movie scenes. That event is reduced from a general experience to a particular incident, the Mike character going back to Vietnam to find his Eurydice in hell, his buddy Nicky. He does this while Americans are evacuating. Both Mike and Nicky are from a Pennsylvania working-class factory town, which in the future will become part of the American Rust Belt.

Mike’s striving to rescue the POW fails. At this point, American POWs existed in Vietnam, and presumably did for a long time, yet little was done for them. The movie, if we just look at it from this narrow POV, tells us to remember them fondly but realize also that they are far gone, gone in the sense of unable to be rescued, gone even in the sense of mentally checked out. No, they weren’t.

And it’s all based on the foolish belief, insinuated repeatedly by the movie, that the war itself was just bad luck. Bad luck is featured throughout the film, most notably in its infamous Russian Roulette scenes, playing up the Vietnamese as insane gambling maniacs who get their kicks on this six-shooter pastime. Maybe they did, for all I know, but if so, I’ll bet they experienced depopulation!

The game is based on luck, on which chamber the bullet is in or not in. You play with your life, and sometimes you win, sometimes you lose, says the movie, which is when you die.

I wanted to take the side of Mike — as they say in “The Dark Knight”, you make your own luck, at least sometimes. He does, many times.

But he can’t stop the bad luck. He just misses Nicky in a gambling joint in Saigon. He misses him again when Nicky is too far gone to know who he is. Just when Nicky might come to his senses, BOOM. It’s just bad luck.

The movie keeps talking about this bad luck. Examples abound. Mike and Linda are would-be lovers but just keep missing their chances. Their friend Steven is just unlucky enough to have lost three limbs and enjoys therefore playing Bingo, of course a game of luck, at the VA. Mike and Steven just can’t get on the helicopter in Vietnam. They fall, separated from Nicky, which really begins the run of bad luck for Mike.

Was the Vietnam War bad luck, as this theme might imply? No, it was a foolish decision, as most agree, enabled by many warmongers. For them, it is convenient to have Hollywood depict the Vietnam war as just a bad break. By sentimentalizing the patriotic duty to “serve your country”, the movie makes love for the American State, which started the madness and kept it going, something reasonable and normal. The last scene, as an example, features the entire remaining group of characters, sober finally in the bar, singing in unison, “God Bless America.”

In that end, there’s no anger or bitterness at the State that killed your friends in the end; just a melancholy nostalgia, maybe acceptance. I am reminded of the end of “1984”, when a brainwashed Winston Smith falls in love with Big Brother. Perhaps these characters are not in love, emotionally, but if love is reciting a state creed (that “God Bless America” song) and then acting in a devoted way, that’s pretty close to Winston Smith. By the way, I would change my opinion of this movie if I detected anything to tell me to read the ending in not in a straightforward way, as an acceptance of the movie’s events. But this movie is not “1984.”

For that reason, I think the movie perpetuates too many false notions about who is responsible for war and why anybody should avoid it at almost any cost, lest you too get wounded or killed by the war machine. One is that these nice Orthodox Americans who celebrate marriage with their traditional festival were just unlucky enough to be caught in the war, which sadly ended with some failures. No, that’s not right. The State brainwashed the men into serving, then dying, for nothing. The right emotion is prophetic anger, I think, directed at the war machine. This movie just has us all humming “God Bless America,” while a saccharine acoustic guitar plays a weeping love theme. Yuck.

It’s also not bad luck; it’s bad decision-making made by stupid or evil leaders. Americans have long been warned about that, some keep resisting, and yet here we are, still in Afghanistan after 20 years! I recall 2001 and 2003. The “God Bless America” rhetoric was everywhere, plastered to fast-food signs, on the lips of everyone, which allowed our current forever-wars, along with the invasion-of-privacy madness, to begin. These are all choices we make, based on what we belief.

The movie, while I appreciate it celebrating the particular traditions of small-town American people, involves them in the wargames of the State, without calling out the State as the enemy who would obliterate them and their traditions, by involving them in foreign wars of great folly. Why in the world would I sing “God Bless America” to that?