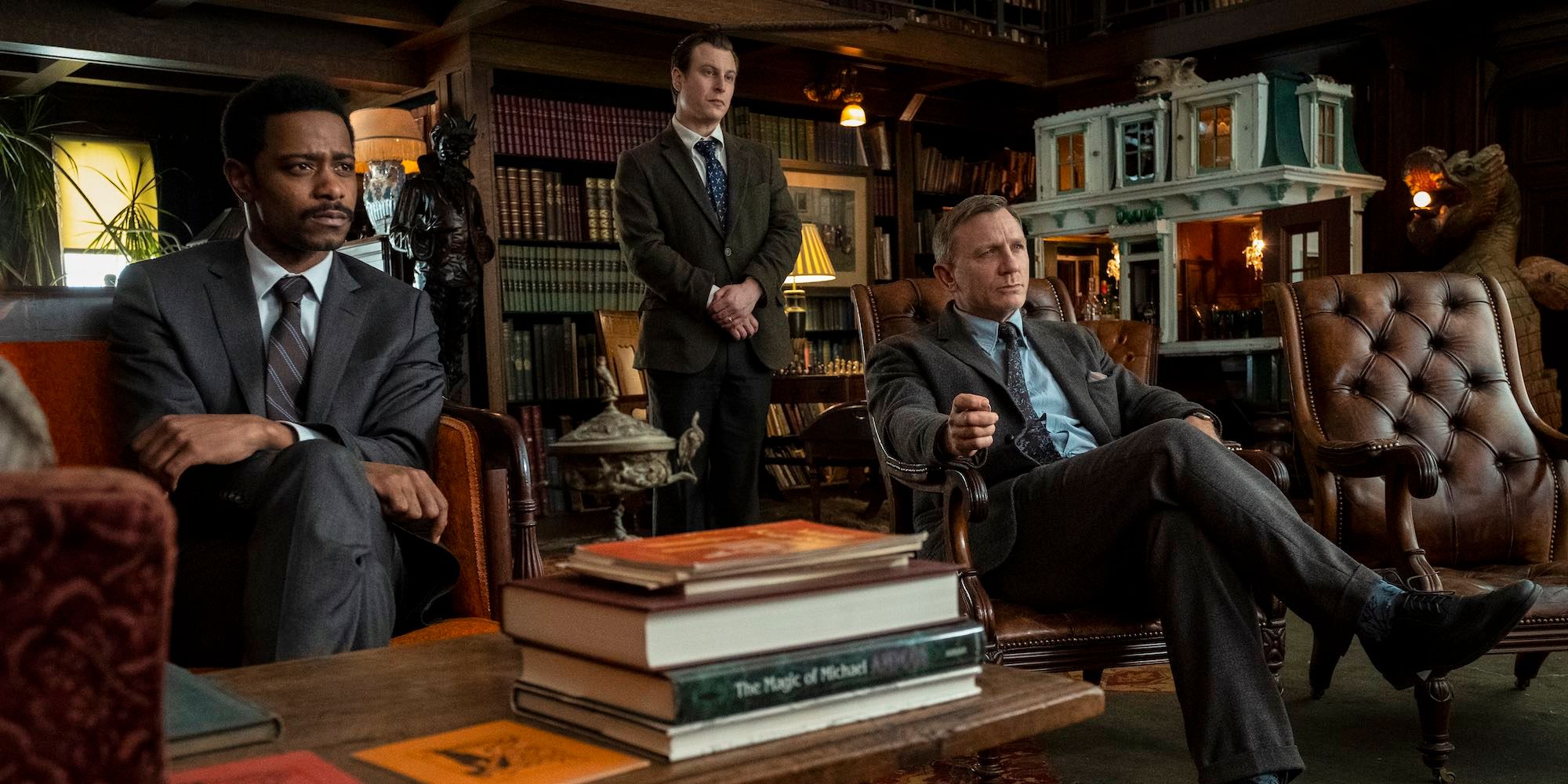 I welcome murder-mystery movies, a genre relegated to TV and specifically to older persons’ TV, such as “Murder, She Wrote,” which is quoted in this movie. As a kid, one of my favorite movies was “Clue.” Later, reading a heap of 20th century fiction, I found that the mystery and crime genres were among the great artistic developments of that century, beginning with Arthur Conan Doyle.

Why don’t we get any mysteries like this in bigger-budget movies? What Knives Out tries to do is welcome.

And yet … “Knives Out” to me is the facade of a whodunit. Because of the narrative revealing quite a lot by its midpoint, it’s more of a stylish thriller, with an obvious political allegory attached for reasons I couldn’t figure out. More on that later.

I couldn’t figure out why, first of all, the alt-right guy (Chris Evans) would read the New Yorker, trust it, and hire the P.I. because of the New Yorker. Given this movie’s reductionist view of every type of person, do alt-right people, in the movie’s narrow view, even know what the New Yorker is?

Whatever. But do private investigators ever work with the police like this? The Daniel Craig character tells the police what to do, running the investigation. Although this is entirely convenient for the plot, I couldn’t think of either real-world or fictional examples of this actually happening.

The plot contrivances don’t stop. It’s convenient that the maid vomits when lying. Is this a real phenomenon? I googled it during the movie. All I got were hits for this movie. Have any of you heard of this in real life? It might be real, but if it is, let’s give it a 1 in 10,000 chance of occurring, which seems high to me by orders of magnitude, since neither you nor I or our acquaintances have heard of it. This convenience allows the P.I. to narrow down his logical possibilities quite a bit.

The movie gives us the maid’s perspective on what happened to the author, who supposedly committed suicide. During those flashbacks, which we shouldn’t trust but discover we can, we learn everything. I mean, avid mystery fans will spot that the bottles are alike and will figure out quite quickly that they were probably switched by somebody. This leads to us suspecting someone of framing the maid. The framing of the maid is the movie’s major reveal.

At that point, I was suspicious. But most of the characters seemed to not have a clue. The one who stood out was the Chris Evans character, as the movie doesn’t try much at sleight of hand with him. (Normally, a character that distinctive making that much noise would be too obvious a killer.) Here are the tipoffs.

First, he acts as he shouldn’t about the will. Then, he says “SJW.” That kind of Internet-speak occurs not so much in real dialogue, and this movie seems to exist in some kind of binary political dimension where alt-right equals bad and CNN equals good. Maybe that’s true, maybe not, but not only do I not care, I know this view of the world is reductively stupid.

Just when I want to watch an apolitical mystery, I can’t but be sucked back into corporate-media nonsense about American politics.

Repeatedly, the movie refers to the maid as an “anchor baby,” the daughter of an illegal immigrant, for which assholes in the family give her grief. They are greedy assholes aligned with American semi-Right politics, except the college girl. Their talk is openly about immigration.

So when the Chris Evans character said “SJW,” he’s the guy. It was that easy to solve the mystery, because the movie is about promoting the immigrant and chiding whatever generic anti-immigrant rhetoric the screenwriter has heard, seemingly only through the corporate media. I believe cleverer mystery writers would’ve used him as a ruse.

When the maid vomits in the Chris Evans’ character’s face, after he talks about his “birthright,” that’s a political statement by the moviemakers to whatever they think “alt-right” is. That’s great if you care, but I have tried to mute as many people as I could, on Twitter and Youtube, who wish to focus on matters they can do nothing about but yet are obsessed by. And they try to harm my life by obsessing out loud. That’s what this movie does — it is one of the Internet trolls who invade my Youtube channel by derailing learning by repeating talking points that can be dismantled with ease by wider reading and real-world experience.

Here, I was hoping to get away from corporate media bullshit about American politics, which is full of lies, mischaracterizations, and a waste of time.

I’ll live with whatever political messages are snuck in to excellent mysteries. However, “Knives Out” felt as if I were watching CNN’s version of an amateur murder-mystery party. I mean the story. The house and decor are very fun, and so is the cast.