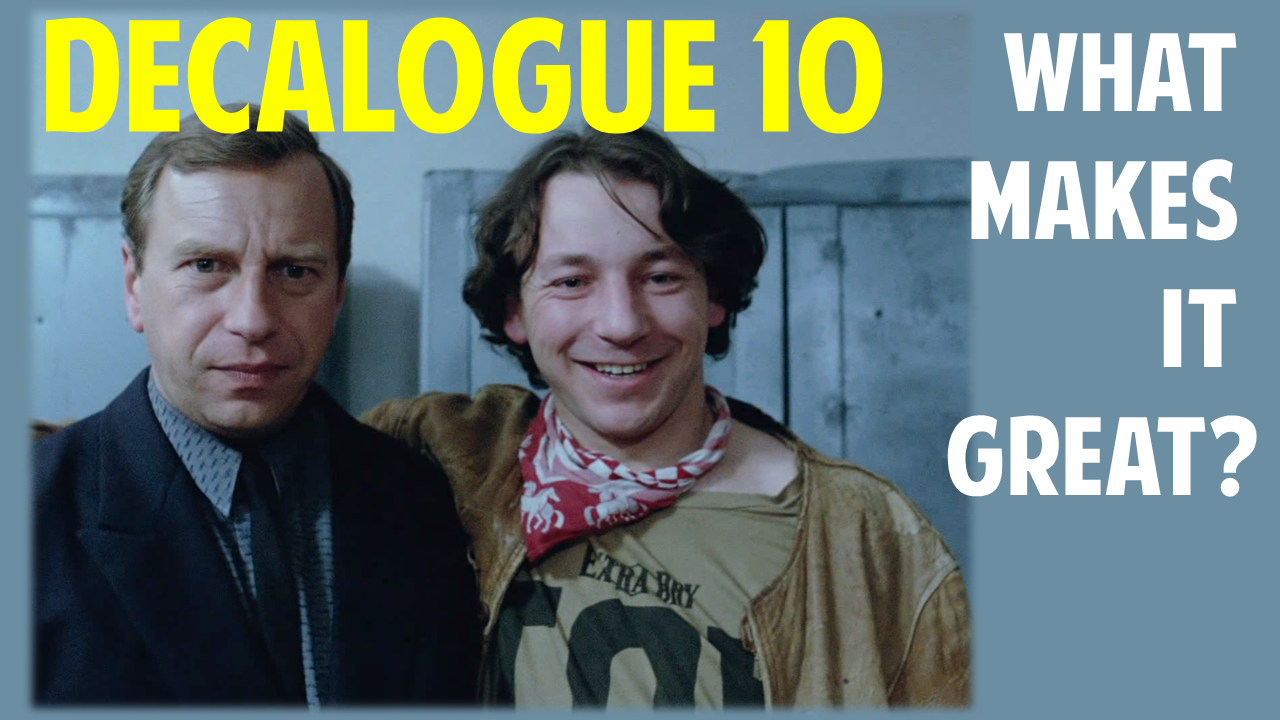 What Makes This Movie Great? — Decalogue 10

By Josh MatthewsJanuary 14, 2020No Comments

The final film of Kieslowski’s Decalogue series, Decalogue 10 is the funniest entry. It’s about two Polish brothers who get inadvertently involved in the world of stamp collecting. The movie showcases various problems centered on the tenth commandment, “thou shalt not covet thy neighbors’ goods.” I argue that Decalogue 10 is appropriate as the last movie in the Decalogue series. It shows the possibilities and problems with Poland, circa 1989, transitioning out of communism and the influence of the USSR, and into the influence of the United States, including capitalism and modern Western culture.