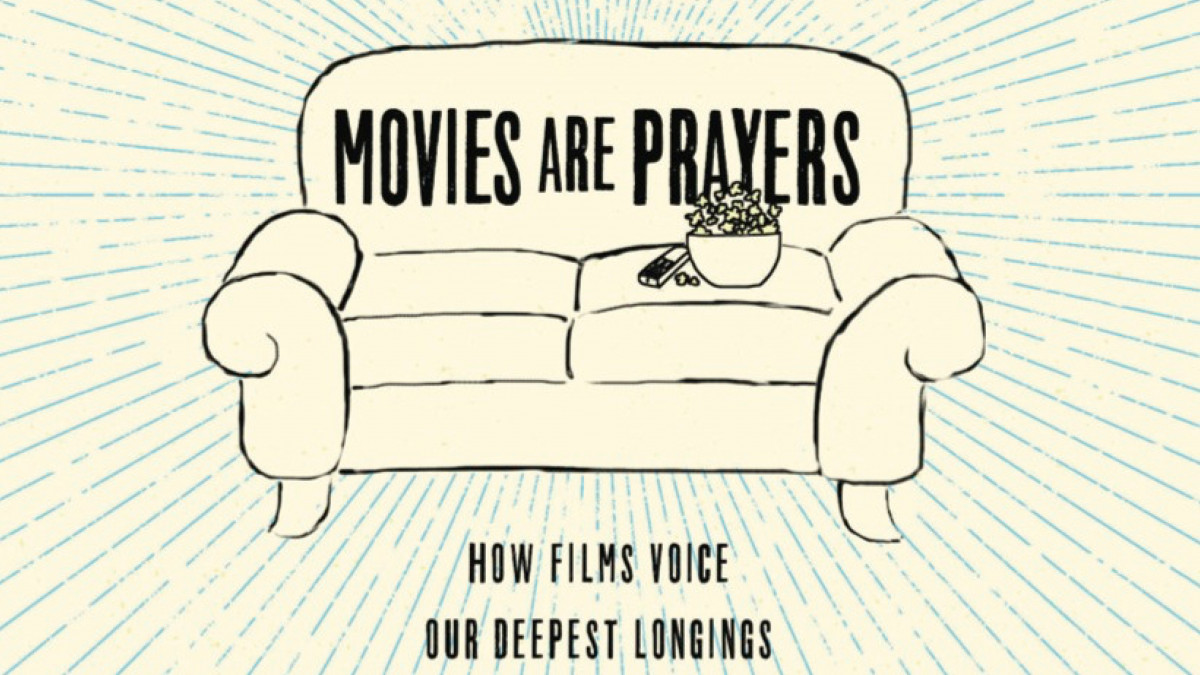 I have it somewhere in my head, although I could be making this up, that the great movie critic Roger Ebert once defined a “movie” as “somebody’s imagination projected onto a screen.”

Even if this definition is an errant memory, it still holds up as a way to understand movies. When a director and all the people listed in its credits release a movie, they are sharing their collective vision of some part of reality. That vision features life-like people and objects, but it also weaves physical reality together with the parts of inner lives that we all experience personally: feelings, thoughts, dreams, memories.

If movies, even the worst movies, are imaginative visions based on complex world-and-life-views, then they aren’t just escapist fantasies. Although many of the best movies are in part entertaining, we cannot treat any movie as only something pleasurable to do on the weekend, or as a fun way to pass time. They really are all talking, in their own particular ways, about life and joy and suffering and death.

The imaginative visions offered by movies work in different ways. They may offer delusions, including skewed or reductive visions, about some part of reality, calling us to accept or even act on these delusions. At their worst, they may offer deceptive lies that masquerade as profound truths. At their best, they may offer compelling revelations—massive expansions that open wide our own too-narrow world-and-life-view, causing real change in us. They may induce empathy. They may spark creativity and play. They may provide new, unique ways of communicating with others. They may make us love others better and more richly.

I think that Josh Larsen believes this, that movies can be important imaginative visions, but he goes one step further than Ebert. For Larsen, long-time movie critic at Think Christian and co-host of the film podcast Filmspotting, movies are prayers.

This last phrase is the descriptive and prescriptive title for Larsen’s recent book, which has the explanatory subtitle “How Films Voice Our Deepest Longings.” Because movies are prayers, he argues, we should pay attention to them as if they are prayers.

If he’s right, the implications for Christian movie-watchers are enormous. When we watch a movie, we are seeing and listening to somebody else praying.

How can a movie be a prayer?  In his book, Larsen tells us that prayer is “the raising of the heart and mind to God,” and that this raising happens for all kinds of reasons. By its nature, good prayer involves the entire human being—head, heart, instincts, reason, body, and soul. Some of our prayers are “guttural,” some are as eloquent as poems, some are chaotic, and some are very well-scripted.

Movies not only show us ways to see reality through their imaginative visions projected onto screens. For Larsen, movies show us the deepest of human desires—what we, or at least what others, really and truly want. These are the kinds of desires that are hard to articulate, the kinds that perhaps only art, and no other medium, can articulate well and specifically enough.

What a movie offers, through the combination of sound, music, and images, are impulsive and “mysterious exhalings” of the spirit. They show us the longings, the dreams, the pains and joys, and the probing, ultimate questions asked by our fellow, fallen humans. Larsen asks us to imagine the walls of a movie theater, or the walls of our home theaters, as lined with stained-glass windows, sanctuary-like.

Movies can be prayers because moviemakers can be affected by the common grace of God. As Larsen puts it, channeling Abraham Kuyper, artists “can capture the glory of his creation” in such a way that common grace “flow[s] from the screen” (11).

Larsen sees movies as offering up different kinds of prayers, each of which he describes in separate chapters. These kinds of prayers include those of praise, yearning, lament, anger, confession, reconciliation, obedience, meditation and contemplation, and joy.

Each chapter in his book offers several examples of each kind of movie-prayer. For example, prayers of anger are featured in diverse movies from across the decades: “Fight Club” (1999), “The Maltese Falcon” (1941), “Taxi Driver” (1976), and “King Kong” (1933). Other movies are prayers of joy, which can be uttered from anywhere in the world: “Pather Panchali” (India), “Amélie” (France), “My Neighbor Totoro” (Japan), and “His Girl Friday” (the United States).

Larsen concludes with the true assertion that movies can complexly depict the creation-fall-redemption-restoration narrative structure familiar to Reformed Christians. But, how many movies actually attempt this? Although some movies boldly declare themselves to be a picture of nearly everything from the beginning of the universe until its end—Stanley Kubrick’s “2001: A Space Odyssey” is a good example, and Darren Aronovsky’s 2017 movie “Mother!” may be another—most seem content to be far narrower, about only local things and particular perspectives.

Larsen’s response is that even movies about small matters are about much more than we think. His example of a movie that evidences the grand Biblical metanarrative is a striking choice: “Rushmore,” a 1998 comedy starring Bill Murray and directed by Wes Anderson, about a teenager in love with an elementary school teacher. It’s described by others online as a quirky cult-favorite, which does not sound as if it would deliver major theological truths and the metanarrative of Scripture in miniature. But, Larsen loves “Rushmore” because of its complex allusiveness to several aspects of creation, the fall, and redemption, and because it gives us a unique picture of a kind of “restoration,” one that goes far beyond a traditional Hollywood happy ending.

Reading Larsen’s description of “Rushmore” in Chapter 11 of his book prompts me to want to re-watch it. When I first watched “Rushmore” in 1998, I thought little of it. The movie came out when I was a sophomore in college. Back then, I watched movies to get away from homework, to while away the time on the weekend, and to feel cool because I’d watched one of the latest movies. Despite Bill Murray’s presence in it, “Rushmore” struck me as dull, slow, and uninteresting.

Back then, I didn’t treat “Rushmore” as an imaginative vision. I wasn’t close to even thinking about it as a prayer. Now, thanks to Larsen, I’m inspired to see it with new eyes, in new ways.

Although some of the burden of communicating an artistic vision is on the moviemakers, some of it is on us movie-watchers. If we aren’t prepared to see movies as visions or as prayers, we may miss the point. We might, in fact, miss everything.

Christian movie-watchers, it seems to me, always ought to have their defenses up, as wisely as the serpents who are masters of deception; their minds open, as innocently as doves; and their hearts ready for truths offered through the art of movies.