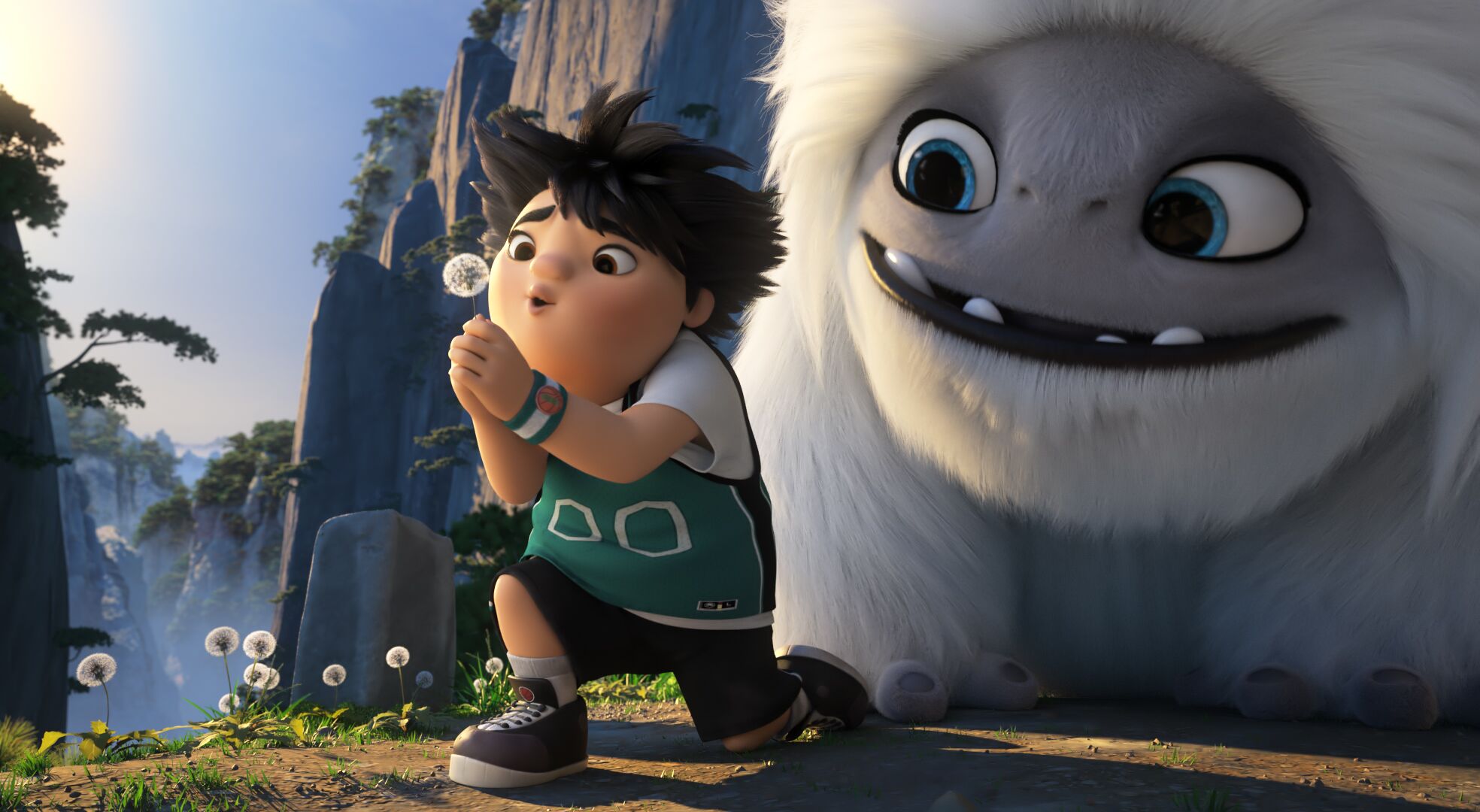 By Josh MatthewsOctober 12, 2019No Comments

Here on the Great Plains, some of us escape the coming winter by heading to the movie theater.

It was October 11, 2019, the first snow of the year, and about fifty people—half of them little kids—were sitting in the theater to watch the newer animated movie Abominable.

Which is about a Yeti trying to get back to the snowiest, windiest place imaginable: Mount Everest.  I escaped from the cold just to watch something much colder. Go figure.

Anyway, most of the kids laughed a lot at Abominable. It’s a cheery quest-movie involving a cuddly Abominable Snowman who looks like he’s part dog and part giant teddy bear.  His big blue eyes and lovable furry face take up most of the screen.  Who wouldn’t feel warm fuzzy feelings by seeing him?

The surprise for me, a darker surprise, was the movie’s featuring of China throughout.

I had not known this going into it, but I had seen the media controversies during this same October week, involving American multinational corporations bowing to the will of China’s totalitarian government.

One is the National Basketball Association’s struggles to control their monetary interests in China, because one tweet from one general manager of one team made the entire Chinese government so mad that they threatened to sever all ties with the N.B.A.  As I write, everybody in the NBA is hemming and hawing about whether Chinese communism is a blessing or not.  The general manager deleted his tweet, and I’m waiting for one person associated with the NBA to grow a spine.

Another media problem is that the gaming company Blizzard has banned a professional video-game player for one year because he criticized the Chinese government’s involvement in Hong Kong.

The question of whether these multinational companies, which have crowed and postured about American social-justice issues for years, will ignore the Chinese government’s horrible record of theft, murder, and severe oppression of (among other people) Christians—well, that’s going to remain a major question for a long time.

China means market-share to these companies, and if money is their god, they will sacrifice social justice on its altar.

Getting back to Abominable, it was remarkable how this movie synced up with these media stories.  One of the major characters is even a Chinese kid whose sole character trait is that he loves basketball!

Of course the movie didn’t intend to correlate with the NBA’s and Blizzard’s problems, but it’s part of the zeitgeist.

A major question in this week’s new stories is, how much are we going to let the Chinese Communist Party tell us what to think of and say about China? It turns out that the agreeably cute movie Abominable is partly an ad for tourism.  It repeatedly tells us that China is a magical place of natural wonder, so go visit, why don’t you? And if you don’t visit it, please know that China is really great.

The movie’s plot is an old standby for kids’ fare.  A female Chinese teenager finds an escaped Yeti hiding in her rooftop shelter on a tall apartment building. He’s been captured by Burnish Industries, a generic corporation, and they are hunting for him with armored cars and helicopters.  She decides to help the Yeti return to his home on Mount Everest, accompanied by two neighborhood kids, the aforementioned basketball fan and a smartphone-loving teenage boy.

The three kids and the Yeti travel westward across China in a magical adventure. It is literally magical because the Yeti has special powers to make nature do impossible things, such as saving the kids whenever Burnish Industries nearly captures them. This happens many, many times. For example, when the Yeti sings, he can create a magical field of blueberries, or a giant dandelion that lets the kids fly over the Yellow Mountains.

There are several great-looking scenes in this movie, although they never come together to make a coherent, unified work. The kids are all flat characters that never change.

Abominable then, as I watched it, is really a travelogue of China.  The kids start out in a nameless Chinese city that has many wonders in it.  They and the Yeti are prompted to go to Mount Everest by a sign advertising Everest tourism.  Although Everest is actually crowded these days, the blatant message on the sign, which says “Visit Everest,” is a stand-in for the movie’s “Visit Magical China!” theme.

The main character even has a map on which is written the phrase “A Trip Across China.”  She dreams of making such a trip.  Late in the movie, when she looks at the map, she realizes that she and her friends have actually been to all of the places that she’s dreamed of.  And we have been there with them.

These include highlights in China, that land of amazing natural wonders: the Yangtze River, the Yellow Mountain, the Gobi Desert, and the Leshan Buddha.

When the three kids and the Yeti arrive at one of these places, they stop to say things like, “And now we’re at the Yellow Mountain, and isn’t it beautiful?”

I make you aware of this, not to bash a watchable kids movie, but to let you know that China is already a player at the movies. A Chinese studio co-funded Abominable, surely following the demands and dictates of the Communist Party, who don’t even like it when one American in Texas tweets something slightly negative about them.

The presence of the Chinese is palpable in Abominable. That’s not because the characters are Chinese or because that’s where this movie is set, but because the messages are explicit and reified on screen for all to see: “Visit Everest,” “A Trip Across China,” and the magic of the wonders of China visible in nearly every shot, so go visit it, why don’t you?

And of course American cinema has been promoting the United States for over a hundred years.  There’s nothing inherently wrong with some country promoting its land and peoples in a watchable movie.

But China, today? That’s disturbing. The Chinese communists’ record of brutality should make everybody who says that they love democracy, social justice, human rights, and diversity stand up for their principles. The current problems with China trying to silence U.S. companies are outing those who actually believe in these ideals versus those who are just mouthing them to look good.

As it turns out, few in the corporate world who talk about social justice really believe in it, when it’s not to their advantage to do so. (Not that I care one way or the other; I only observe.)

I was just trying to have a nice evening in northwest Iowa, but somehow the questions and problems of international politics came to our nice small-town movie theater where dozens of kids were watching a pro-China movie.

The kids laughed warmly at the fuzzy Yeti. Maybe that’s all we need to think about.

I only wish that were the case.