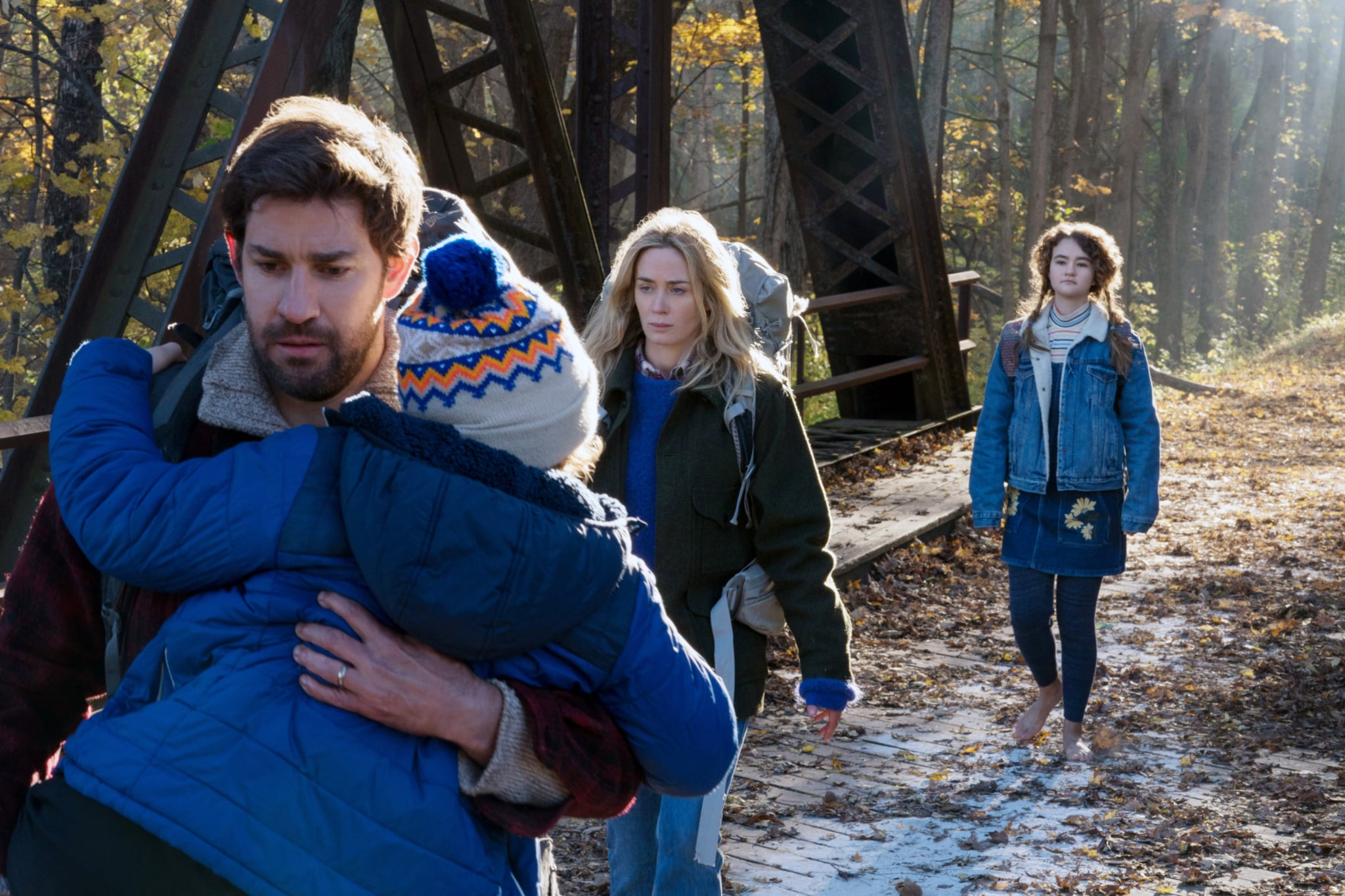 “A Quiet Place” did something at the movie theater that I have never witnessed before. It made a large group of teenagers in the theater—the only other people in the crowd except me—utterly silent. No moving, no munching, and no rustling. It was so quiet that I was conscious of all of the miniscule noises that I made, and my own breathing became part of the soundscape.

This movie authoritatively said “shhhhh,” and we obeyed.

The great accomplishment of “A Quiet Place” is its own soundscape, which gets us to listen to everything in it. Credit goes to director John Krasinski, whose well-crafted surprises shock and make us squirm, even though many of them are delivered without much sound.

The movie could’ve been just a compilation of bad clichés, but somehow I didn’t care much about them. The opening shots depict a familiar post-apocalyptic landscape: an empty town and a family scavenging in the town’s ransacked grocery store. Later, we see this same family, the Abbotts, on a small farm where they try to survive a doomsday scenario in the year 2020.

That scenario, which could be an alien invasion or a genetic experiment gone awry, has probably killed almost all humans. The Abbotts are forced into silence because if they make a noise, they will alert predatory monsters to their whereabouts. These monsters—again, are they aliens or genetic experiments?—run swifter than cheetahs and cause instant death.

Here is where “A Quiet Place” succeeds. Usually in thrillers, when the soundtrack gets very quiet, that’s when you know that the killer or the monster is going to attack soon, quickly and loudly. However, “A Quiet Place” alters the silence-then-scream formula. Because the Abbotts cannot make a sound, nearly the entire movie is very quiet, and when they accidentally make a loud noise, it sets off a very tense sequence in which they wait in terror to be killed.

So, the rare loud sounds in this movie don’t conclude incredibly tense sequences. Instead, they initiate them.

Imagine trying to not make a sound, and then imagine trying to keep your children from not making a sound. This is the dilemma of Lee and Evelyn Abbott (John Krasinski and Emily Blunt), the father and mother of three children. They communicate by sign language, in part because their oldest daughter Regan (Millicent Simmonds) is deaf. If they need to speak, they go to the nearby waterfall, which mutes louder noises.

To make matters infinitely worse, Evelyn is pregnant. How will she have a baby in complete silence? How will the baby stay silent? Their possible solution is almost too unbearable for anybody to contemplate, especially parents who’ve experienced caring for a newborn.

And since she is deaf, how will Regan know if any sound has been made? If she is not aware of making a loud sound, she could easily die. Lee experiments with hearing aids to try to help her, but these each fail, leaving Regan vulnerable.

“A Quiet Place” emphasizes the unity and coherence of a nuclear family homesteading on a small farm, presumably in America. Lee tries to train his children to be self-sufficient and brave. Although they are constantly terrified, Lee and Evelyn nevertheless try to thrive. But, they have no interaction with the outside world, even though Lee has created a communications substation in his basement, where he futilely attempts contact on any radio frequency.

In interviews, Krasinski has said that this movie is a love-letter to his children. It is also the complex expression of a parent who worries about how his children behave in public, and what kind of adults they will become. Most parents will deeply feel the weight of the movie’s basic question, which is how and why we try to keep our kids quiet in stores, on planes, in church, in classrooms, and anywhere else we receive bad looks and scorn if our children are too loud for other people.

Because I understand this problem all too well, I overlook the movie’s science-fiction scenario, whose plausibility even by Hollywood’s alien-invasion standards is, to put it kindly, a stretch.  (For example, how do the aliens survive for over a year when they quickly eliminated almost all of their prey on Earth?  It seems like the ironclad rules for food chains would assert themselves . . . but here I should not violate a movie-watching law: never think too much about a simple thriller.)

Despite its flaws, Krasinski’s movie ought to be seen for the unique experience it offers: total silence, free of all white noise, except peeps and whispers and the sound of footsteps on sand. “A Quiet Place” is an appropriate label not only for the movie, but for all of the places in which it will be shown.